In 1971, East Germans started lining up outside the cinemas to see a film called Time of the Storks (Zeit der Störche). It might have been in part because of its story of love affair between two strangers, one of whom was about to get married, but it was more likely because the film also featured the first nude scene in a DEFA film. Nudity had less of a stigma in Europe than it did (or does) in the United States. In fact, U.S.-made films occasionally had nudity added when they went overseas. East Germans, because of their country’s secular philosophy, had even fewer hang-ups about nudity than their West German counterparts. They called it Freikörperkultur (FKK), and it wasn’t uncommon to see people enjoying the beaches along the Baltic Sea in the altogether. In Time of the Storks, the nude scenes are short and presented without prurience.

Teacher Susanne Krug (Heidemarie Wenzel) is taking one last solo vacation before her marriage. Susanne is a straight-arrow woman and a prospective candidate for the SED. For the past two years, she’d been a harmonious if somewhat tame relationship with her boyfriend Wolfgang (Jürgen Hentsch). While on holiday, she meets Christian (Winfried Glatzeder), or, more accurately, Christian stalks her. Christian is the complete opposite of Susanne. He doesn’t take anything seriously, including his relationships, and is more interested in living life to its fullest than being politically and emotionally responsible. We’ve seen this angle in rom-coms a hundred times before, from Ninotchka, The Lady Eve, and Desk Set to Working Girl, and You’ve Got Mail.

The film is based on a book by Herbert Otto, a popular East German fiction writer. Otto had been a member of the Nazi party as a teenager, and was a member of the Wehrmacht when he was captured and sent to a Soviet P.O.W. camp. The camp must have made an impression on the young Otto because after the War he chose to live in the GDR where he became a functionary in the Society for German-Soviet Friendship (Gesellschaft für Deutsch-Sowjetische Freundschaft) and was a member of the Writers’ Association of the GDR (Deutscher Schriftstellerverband der DDR). He wrote several popular books, including Die Lüge (The Lie)—an autobiographical novel about his wartime experiences—and Zum Beispiel Josef (For Example, Joseph) and Der Traum vom Elch (The Dream of the Elk), both of which were also made into movies. After the Wende, like many other East German writers, Otto suddenly found his ability to get things published drop precipitously. None of his books are currently in print. Otto died in 2003.

Time of the Storks is directed by Siegfried Kühn with a script by his wife Regine Kühn. This was the first time the Kühns worked together on a film. They would go on to work together on several more films, even after they divorced. While Siegfried’s career ended with the Wende, Regine went on to write and direct several more features and TV films after reunification (for more on the Kühns, see The Second Life of Friedrich Wilhelm Georg Platow and The Actress). Siegfried Kühn’s directorial style on Time of the Storks is unusual. Many scenes in Time of the Storks are filmed with objects partially blocking the views of the actors. Sometimes it’s a bedpost, that stands resolutely in the way of Susanne’s conversation with Christian, perhaps indicating Susanne’s internal prison. In other scenes, we look up at them from hiding places behind trees and tall grass, as if we are spying on the couple. The spying aspect is interesting and may have been intentionally referencing the Stasi, but if it was, it’s handled so subtlety that it didn’t appear to raise suspicions.

Heidemarie Wenzel had already appeared in several films and television shows before starring in Time of the Storks. She appeared briefly as a bride in The Lost Angel and was the main love interest in Farewell, but it was Time of the Storks that put her on people’s radar. Born at the end of WWII, Wenzel appeared in children’s theater as a child, and sang in the stage chorus for the German State Opera. From 1963 to 1966 she studied at the Ernst Busch Academy of Dramatic Arts in Berlin. She scored again as the gold-digging wife of Paul in The Legend of Paul and Paula. However, her next film—The Dove on the Roof—wouldn’t see movie screens until after the Wende, having the dubious distinction of being the first film banned after Honecker took over the top spot in East Germany. 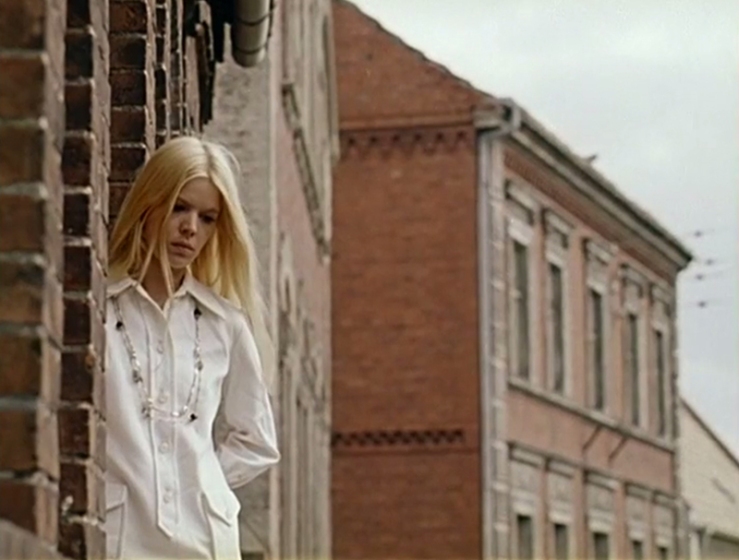 Wenzel appeared in several more films for DEFA, but after a business trip her husband didn’t return from West Germany. She applied for an exit visa to join him, but was refused. After that, she was labeled as politically unreliable and acting opportunities dried up. She continued to apply for an exit visa and worked as a church secretary in the meantime. She was finally allowed to leave the GDR in 1988. Since the Wende, her on-screen appearances have been restricted to television.

Winfried Glatzeder is most famous for his role as Paul in The Legend of Paul and Paula, but he appeared in many other films, including The Man Who Replaced Grandma, Till Eulenspiegel, and The Land beyond the Rainbow. Unlike his leading ladies, Glatzeder’s career continued without pause after the Wende, although he showed up on television more often. In 2017, he appeared as Harry, a former Romeo Agent1 for the Stasi alongside fellow East German actors Henry Hübchen, Antje Traue, and Michael Gwisdek in Robert Thalheim’s comedy Kundschafter des Friedens (Spy for Peace). 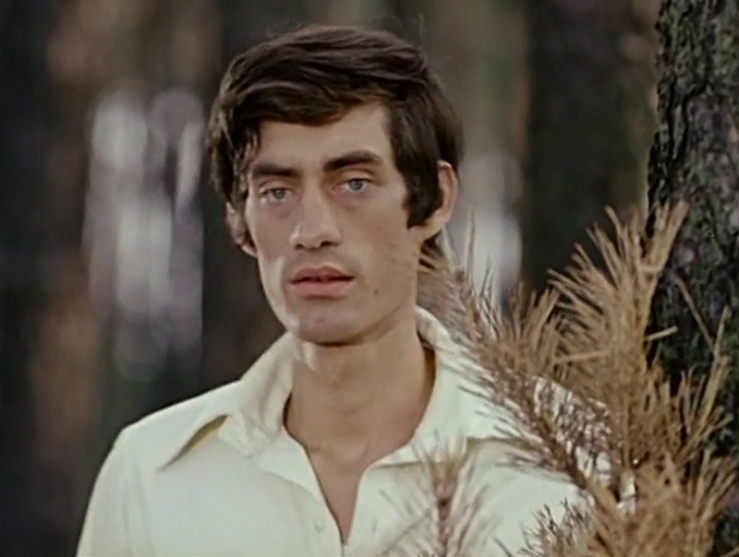 Coming out, as it did, after Honecker replaced Ulbricht as the top dog in East Germany, Time of the Storks was seen as a sign of the changing times. Although he was even more of a hardliner than Ulbricht was, Honecker was anxious to prove that the government in East Germany was not the ogre it was portrayed as in the western press. Having once said that “if one starts from a strong position of socialism in the field of art and literature, in my opinion there can be no taboos” (“Wenn man von den festen Positionen des Sozialismus ausgeht, kann es meines Erachtens auf dem Gebiet von Kunst und Literatur keine Tabus geben”), he then had to prove this, which led to a slight loosening of the restrictions on what you could and couldn’t show in film.

1. A concept invented by Stasi masterspy Markus Wolf, the Romeo Agent was an East German spy tasked with becoming romantically involved with a person from the West and then convincing them to help him (or her) obtain state secrets. The concept was most recently seen in the German television series The Same Sky (available on Netflix).