In 1934, Friedrich Wolf’s play, Professor Mamlock, ruffled feathers around the world. In it, a conservative Jewish doctor tries to keep politics out the clinic he runs in spite of the growing presence of Nazis and Nazi support in Germany. As the doctor is incrementally stripped of power and control, he eventually realizes that his staunch refusal to get involved in politics helped the fascists take over his country. Friedrich Wolf started working on the play the night the Reichstag was burned down after friends came to him saying, “See what your awful communist friends have done!” Wolf knew better and began writing a play to warn Germans about what was happening to their country. It was one of the first plays to address the issue of Nazi antisemitism.

As a communist, and a Jewish one at that, Friedrich Wolf knew he stood little chance of surviving the Third Reich, so he and his family fled to Russia, where his anti-fascist, pro-communist plays were met with open arms. In 1938, Austrian-born director Herbert Rappaport directed the first film adaptation of Professor Mamlock in Russian. As one might imagine, the film was banned in Germany, but it was also banned in Great Britain and China. The film was a big hit in New York City, helped, no doubt, by the reports of Kristallnacht, which which occurred two days prior to the film’s New York premiere, but it was banned in Chicago, where the censors considered it “purely Jewish and Communist propaganda against Germany.” The film was banned in the Soviet Union after Germany and the Soviet Union signed a nonaggression pact. That ban was lifted two years later after Germany invaded the Soviet Union. A U.S. version of the play was never filmed, although Edward G. Robinson once said he would give “his teeth” to play Mamlock in a movie.

In 1961, Friedrich Wolf’s son Konrad—already a well-respected filmmaker in East Germany—decided it was time to revisit his father’s play. Whether this was out of dissatisfaction with the Russian movie, or the two versions already televised on East German TV is hard to say. One thing is for certain: the younger Wolf was not going to be content to merely record his father’s work. He was going to make it a movie (for more on Konrad Wolf, see I Was Nineteen).

The result was the 1961 DEFA version of Professor Mamlock, a dazzling film from Wolf’s most artistically adventurous period. Konrad Wolf was never afraid to address the German public’s willful participation in Hitler’s insanity. His classic Stars, which looked at the subject of the holocaust so unflinchingly that only documentaries such as Night and Fog and Shoah can match the visceral power of its final scene. But Mr. Wolf was going for something more ambitious here. Not merely content to film the play, or “open it up” in the style of Hollywood’s versions of stage plays, Mr. Wolf wanted to turn the story into a truly cinematic experience. To say he succeeded is something of an understatement. Some critics argued that he succeeded too well. The West German actor/director Bernhard Wicki felt that the film was “too well photographed” for its subject matter.

Wolf starts things out subtly, with a parlor scene that looks like it is filmed on a stage set, often shot from angles that mimic a balcony view of a stage. At first it seems as if he is going to simply film his father’s play, but Mr. Wolf is toying with us. A few minutes the the films drops all pretense of being a filmed stage play and turns into a full blown cinematic experience. In one scene, Mamlock’s philosophical turmoil is echoed in the editing when the scene cuts back and forth between him dealing with the new hospital policies and the flashing “Entrance Forbidden” sign above the operating room. In another, during the interrogation of a prisoner the camera starts one a level plane and tilts as the interrogation becomes more violent, eventually flying out a window. This is largely thanks to Wolf’s long-time cinematographer, Werner Bergmann.

In 1961, Werner Bergmann was easily the best cameraman in either of the two Germanys. This film and Konrad Wolf’s next film, Divided Heaven, show him at the top of his craft, producing such dazzling shots that it would be ten years before Michael Ballhaus in West Germany matched his work. Mr. Bergmann was trained as a portrait and industrial photographer, but started shooting films while working as a war correspondent for Die Deutsche Wochenschau—The Third Reich’s newsreel company. In 1943, a shrapnel injury to his right arm led to the arm’s amputation. Thereafter, he worked at the Babelsberg Ufa studios until the end of the war.

After DEFA was founded, Mr. Bergmann worked primarily on short films. In 1953, he switched to features, starting with Martin Hellberg’s Das kleine und das große Glück (Fortunes Great and Small). But it was partnership with Konrad Wolf for which he best remembered. The two had met while Mr. Wolf was still learning the craft working as an assistant director on the documentary, Freundschaft siegt (Friendship Triumphs). When it came time for Mr. Wolf to direct his first film (Einmal ist keinmal), he chose Mr. Bergmann to shoot it. Mr. Bergmann worked with Wolf on all of his films up until Solo Sunny, when Wolf decided that Bergmann’s gorgeous cinematography was unsuitable for the gritty story of an East German singer living on the fringes of society. Perhaps he was thinking of Wicki’s statement when he made this decision. 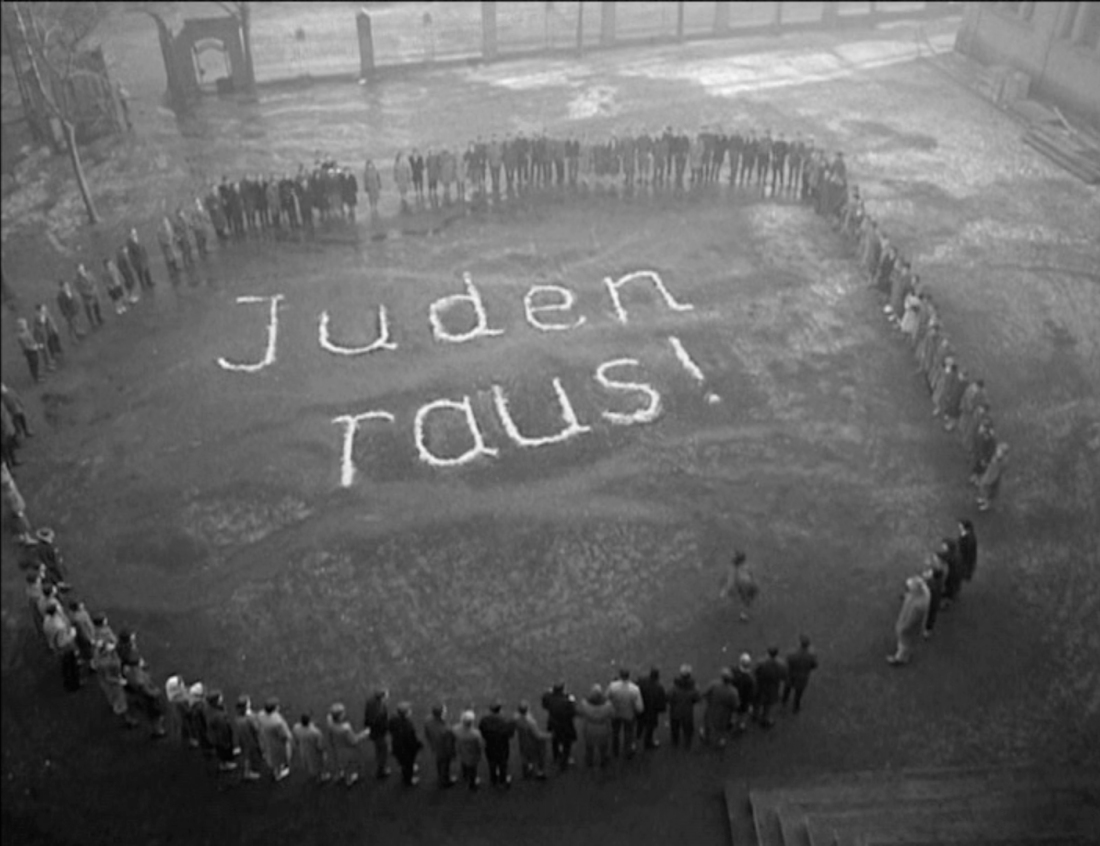 To star in the film, Mr. Wolf turned first to a recent stage production of his father’s play, in which the roles of Mamlock and his wife were played by Wolfgang Heinz and Ursula Burg respectively. Primarily a stage actor, Wolfgang Heinz had a long and illustrious career on stage and screen. Born in Bohemia, the son of a journalist/theater director and an actress, Mr. Heinz grew up in Vienna, but moved to Germany when he was seventeen to pursue a career as an actor. He joined the ensemble at the renowned Deutsches Theater in Berlin a year later. In 1919, he started appearing in films, most notably F. W. Murnau’s Nosferatu, where he played the first mate on the doomed freighter carrying Nosferatu’s coffin.

Like his character in Professor Mamlock, Mr. Heinz experienced first-hand the antisemitism of the Nazis. He was dismissed from the Deutsches Theater for being Jewish. He left Germany and spent most of the war living in Switzerland. After the war, he returned to Austria, where he co-founded the Neue Theater in der Scala in one of Vienna’s Soviet sectors. After the Austrian State Treaty was ratified in 1955, Mr. Heinz found himself once again under attack. This time not for being Jewish, but for being a communist. His theater was shut down and he left Austria for the second time, moving to East Germany, where he rejoined the Deutsches Theater ensemble.

While Mr. Heinz did appear in several DEFA films, he was primarily a stage actor, appearing in over 300 roles on stage, including that of Professor Mamlock. In 1959, he was hired as the director of the National Theatre School in Berlin (now the Ernst Busch Academy of Dramatic Arts). In 1966, he was elected president of the Verband der Theaterschaffenden (Association of Theater Artists) and from 1968 to 1974 he served as the president of the Deutschen Akademie der Künste (Germany Academy of Arts). He died in Berlin in 1984 and is buried in the Adlershof cemetery in Berlin. 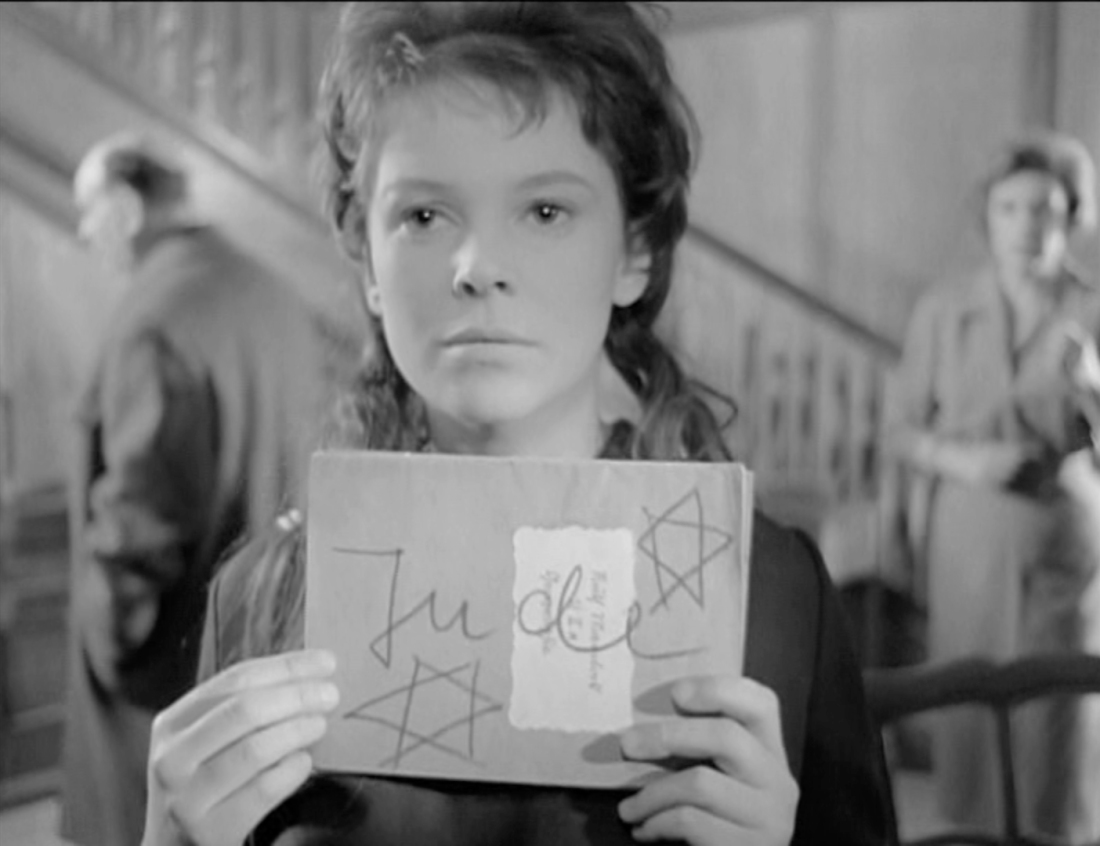 Ursula Burg’s role as Mamlock’s wife was a small but important one. It would also be her last appearance in a feature film. Ms. Berg lived in the western sector of Berlin but primarily worked in East Germany. After the wall went up, Ms. Burg found herself in a country where her film credentials had no value. She appeared in a few TV-movies, but was no longer seen on the big screen. She moved to Gelsenkirchen, where she continued to work in theater. She died in Munich in 1996.

The role of Mamlock’s communist son is played by Hilmar Thate. We last saw Mr. Thate a month earlier in Gerhard Klein’s incredible film, The Gleiwitz Case. In that film, Mr. Thate spent most of his brief screen time either drugged up or dying. This time around he gets to do more. Hilmar Thate grew up in Halle, the son of a locomotive repairman. He studied acting at school, eventually ending up as a member of Bertolt Brecht’s Berliner Ensemble, at that time under the direction of Brecht’s wife and pioneering actress, Helene Weigel. His first film was also Konrad Wolf’s first film, Einmal ist keinmal (Once is Not Enough). He went on to play parts large and small in many films and made-for-TV movies. His career hit a roadblock in East Germany after he, along with his wife, Angelica Domröse, signed the artists’ petition against the expatriation of Wolf Biermann. When it became apparent that they would not be allowed to continue their careers unfettered, he and and Ms. Domröse emigrated to West Germany, where he had his biggest hit starring in Rainer Werner Fassbinder’s classic, Veronika Voss (Die Sehnsucht der Veronika Voss).

Professor Mamlock did well at the box office, and probably would have done even better had it been given more international screenings, but coming at the height of tensions between the east and the west, it never got that chance. Less than three months after its release, the Berlin Wall was built. It would be years before the film was screened in New York. In fact, a search through the New York Times’ archive, shows only one mention of Wolf’s film at all, and that is a passing remarks that the film won a gold medal at the 1961 Moscow Film Festival. Even in a letter to the editor, in which its author, Edward Alexander, counselor for press and cultural affairs in the United States Embassy in East Berlin from 1976 to 1979, writes about his conversation with Konrad Wolf, only the Russian film is mentioned. If the film has ever been shown in New York, there is no evidence of it.

Buy this film. (Includes PDF essays about the play and Friedrich Wolf)