Many Britons of a certain age share a collective memory so firmly etched in their psyches that the very mention of it brings back childhood nightmares. In 1964, BBC television serialized a film about a haughty princess, a prince that turns into a bear, a giant goldfish, and a really, really evil dwarf. So powerful are the memories of this film, that thirty-eight years later BBC Radio 4 did a program on the film’s effect on an entire generation. The film was called The Singing Ringing Tree, and none of those children could have known that they were watching a film that was the product of East Germany.

Originally released in 1957, The Singing Ringing Tree (Das singende, klingende Bäumchen) was the fourth in what would become a long series of fairy tale films (Märchenfilme) made in East Germany. The film is very loosely based on the Brothers Grimm story, “The Singing, Springing Lark” (Das singende springende Löweneckerchen). The film tells the story of a handsome price who wishes to marry a beautiful, but extremely stuck-up, young princess. His gift of a box of pearls doesn’t impress her in the slightest. The only present that will persuade her to marry him is the fabled “singing, ringing tree.” The prince agrees to find it for her and begins to search the four corners of the earth for it. Eventually he comes to a hidden grotto, accessible only by a stone bridge. There, a particularly creepy dwarf claims that he can give the prince the tree, but there are stipulations (the one common characteristic of fairy tales that accurately reflects real life): The tree will only sing and ring if the princess accepts the prince’s love, and if he fails, he will have to return to the grotto at sunset and live there. So sure is the prince that he will win the hand of the princess, he adds the stipulation that if she doesn’t fall in love with him, he’ll turn into a bear. Obviously the prince wasn’t paying very close attention to his first encounter with the young woman.

The prince returns to the kingdom and presents the princess with the tree, but discovers the fatal flaw in his thinking. Since the tree will only sing and ring when she falls in love with him, it appears to the princess as nothing more than a scrawny bush. The prince is sent away, returns to the grotto and, at sunset, he turns into a bear. The princess, still wishing for the tree, has her father go get it for her. When the bear/prince discovers this, he tells the king that he can have the tree if the bear can have the first thing the king meets upon his return to the castle. The king agrees, and, as you can probably guess, the first person to greet the king turns out to be the princess. The bear returns to the castle and abducts the princess, taking her to live with him in the grotto. The princess, used to eating off gold plates and being waited on hand and foot, is none too happy with this arrangement. During an argument with the bear, she defends her behavior, saying that if she was such a horrible person she’d look horrible too, the dwarf, overhearing the conversation, takes her up on it and turns her into a hag. As you can imagine, this does not go over well with the princess, but the dwarf has over-played his hand. Her newly acquired ugliness humbles her, and she becomes a better person. She learns to love the bear, which leads to the climactic showdown with the dwarf.

When the film was shown on the BBC, it was converted to black-and-white. This gave it a dark, film noir appearance that seemed to heighten the drama and downplay the fairy tale aspects. One can only wonder how the children of Great Britain would have reacted had they seen the color version. In its original form, this film isn’t simply colorful—it’s psychedelic. The blues are intensely blue, and the reds are intensely red. Television screens can barely contain the color. Probably the only way to truly appreciate this film is to see a high-quality print of it projected on a movie screen. The film is a vivid endorsement of the richness of the original Agfacolor (later rebranded ORWOColor to deal with copyright issues in the west). 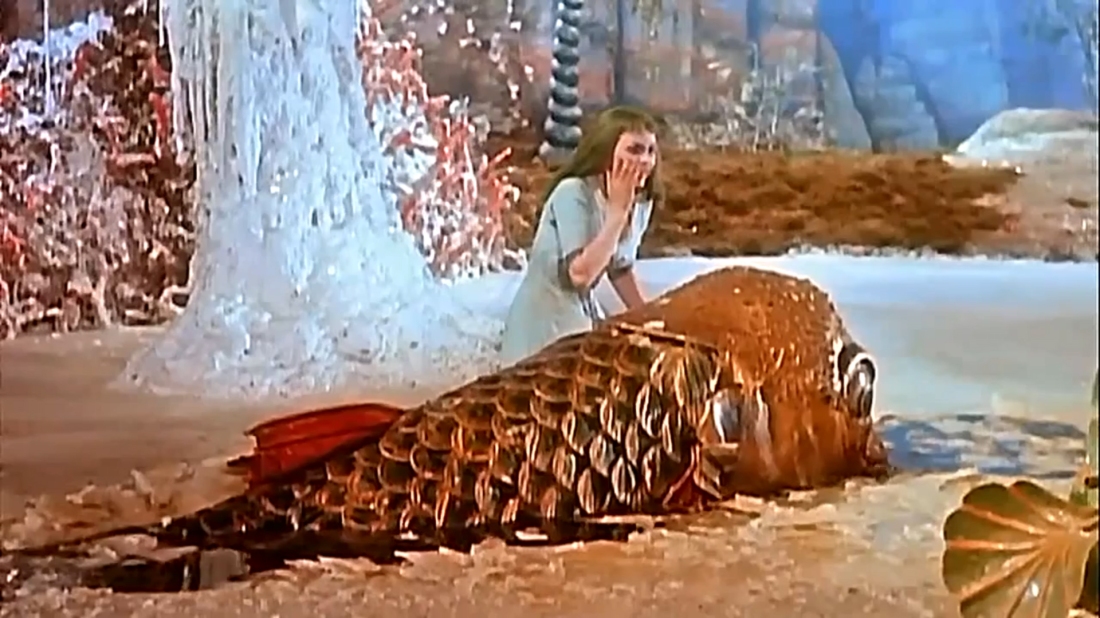 Director Francesco Stefani was a West German director who had already had some success with two West German Märchenfilme—Wilhelm Hauff’s Zwerg Nase (Little Longnose), and Wilhelm Busch’s Max und Moritz—when DEFA invited him to make a film at their studios. It was the fourth Märchenfilm made by DEFA and the success of this film along with the success of The Story of Little Mook, helped convince DEFA to ramp up the production of fairy tale films during the next few years.

The art direction for the film was by Erich Zander, who had done the production design on The Story of Little Mook. Zander had gotten his start at the Ufa studios in the 1920s as an assistant to the Paul Leni (The Cat and the Canary, The Man Who Laughs). When Leni was wooed to Hollywood by Carl Laemmle, Zander took over his art direction duties. During the Third Reich, Zander continued his career as art director, usually in partnership with Karl Machus. After the war, although he lived in the western district, Zander often found work on DEFA films. He was the art director on The Axe of Wandsbek, and the production designer on The Kaiser’s Lackey. His career with DEFA came to an abrupt end on October 13, 1961, when the newly-built Berlin wall sealed him off from his employer. After working a few months in West German television, he retired and moved to Regenstauf, where he died in 1965. Zander’s art direction for The Singing, Ringing Tree is colorful and simple. The walls of the castle are free from excess ornamentation, and the sky is usually a flat blue, giving the film the appearance of a stage play crossed with an animated cartoon. The cave and waterfall in the dwarf’s grotto look like exactly what they are: papier-mâché props, but this is not a bad thing here. It enhances the inherent wrongness of the environment.

The music is by Heinz-Friedel Heddenhausen, and is as memorable to the kids of Great Britain as the dwarf. It starts with a gentle rambling pattern that reflects the slow steady gait of the prince’s horse, but gets dissonant and strange when the prince reaches the grotto. Suddenly the score shifts away from the bright flutes and horns of the earlier themes, to eerie and dissonant sounds made on an organ. It is an abrupt and slightly disturbing shift that enhances the creepiness of the dwarf’s grotto.

The evil dwarf is played by Richard Krüger. Sadly, there is little information available on Krüger. Only three films featuring him are listed in IMDB, all of them Marchenfilme from the fifties. It is possible that he also made some television appearances during this time, but nothing is recorded. He is obviously an adult in The Singing, Ringing Tree, which means that he was old enough to have experienced the Third Reich. How the Nazis responded to little people was often unpredictable. The regime had the policy to exterminate anyone that deviated from the acceptable physical or genetic norms, but dwarves and little people were popular objects of study for Dr. Mengele, most notable the seven members of the Ovitz family. There was also reported to be a combat battalion called the Kampfgruppen Pilzmenschen made up of little people whose job it was to get behind enemy lines by pretending to be children. The Singing, Ringing Tree is Krüger’s last listed performance (unless you count the Grand Theft Auto voice-over, which is obviously a mistake). While his performance is not exactly politically correct, it is certainly unforgettable. Like the director and leading actor (Eckart Dux), Krüger was West German. 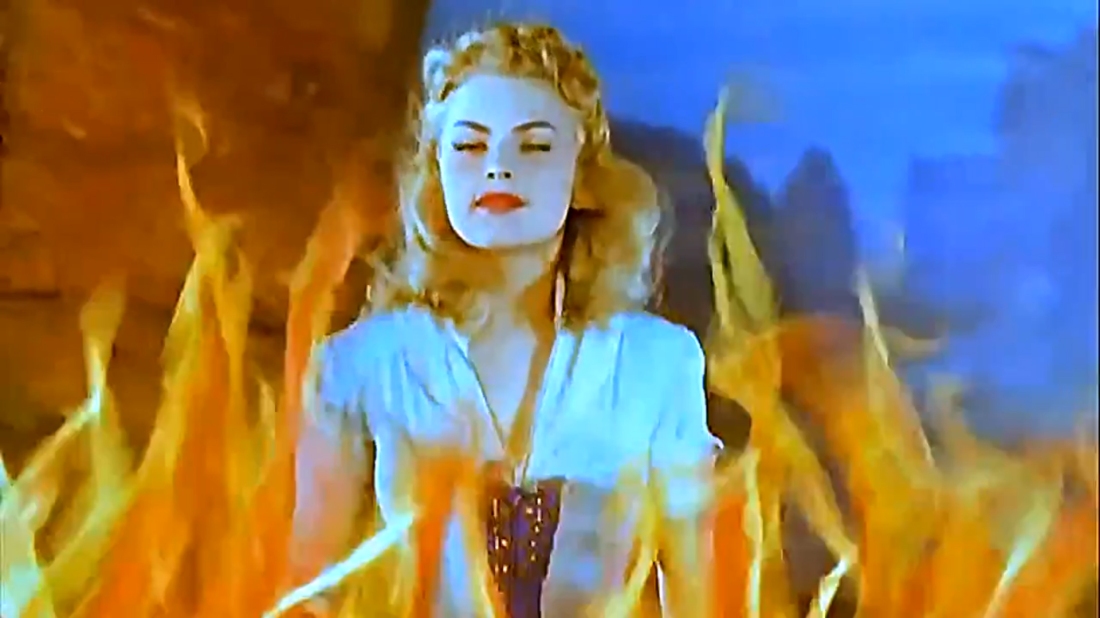 The princess is played by Christel Bodenstein. Ms. Bodenstein was born in Munich, but moved to Leipzig at the age of eleven. There she studied ballet, later taking classes at the National Ballet School of Berlin (Staatliche Ballettschule Berlin). After a chance meeting with Kurt Maetzig at a Baltic beach, she got a screen test and studied acting at the College of Film and Television at Potsdam. Ms. Bodenstein  got to demonstrate her dancing skills a few times on film, most notably in New Year’s Eve Punch, and Midnight Revue where she starred opposite Manfred Krug. In 1960, she married Konrad Wolf, divorcing him in 1978. She is currently married to actor/playwright Hasso von Lenski, who, rather ironically, played a character named Richard Krüger in an episode of Polizeiruf 110. After the Wende, she has worked as assistant director and director at the Friedrichstadt Palast in Berlin, and starred in the TV mini-series, Die Kaltenbach-Papiere (The Kaltenbach Papers). She currently creates small sculptures, which are shown in various galleries. In 2016, she returned to the small screen to appear in the ARD 1  (Das Erste) re-telling of the fairytale, playing a peasant woman (and maybe the queen) who appears throughout the film.

The movie is also the inspiration for Mike Tonkin’s and Anna Liu’s three-meter high sound sculpture overlooking Burnley, Lancashire. If you only ever see one East German Märchenfilm, make it this one.

thechestnut.com section detailing the plot of the film (lots of pictures)

4 thoughts on “The Singing, Ringing Tree”