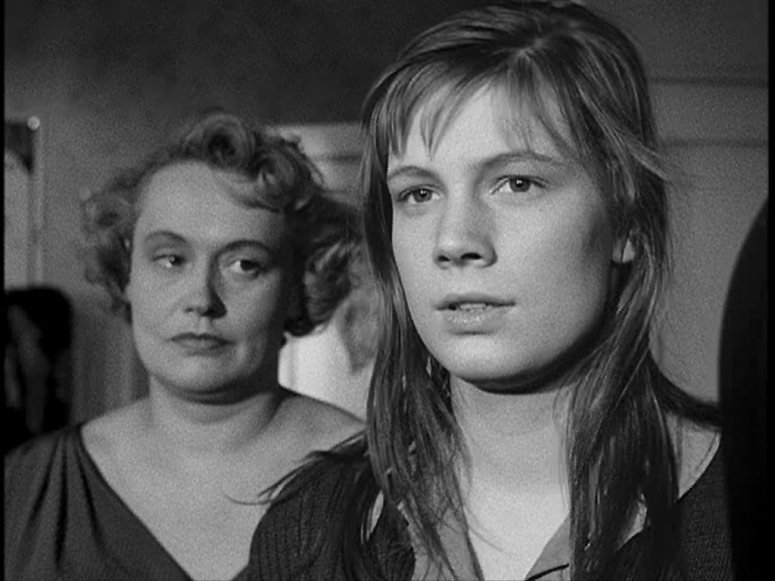 In 1947, the Soviets began mining operations in the Schlema Valley in the southeastern region of Saxony. They called their mining company “Wismut,” the German word for bismuth, because they didn’t want the U.S. to know what they were really mining: uranium. After what happened at Hiroshima and Nagasaki, the Russians wanted to make sure that they wouldn’t suffer the same fate as the Japanese and they stepped up their efforts to develop a bomb of their own. Whether the fact that the Soviets had the bomb deterred its use or increased its threat is still a matter of debate. At the time, the Americans went collectively insane over the idea that anyone else would have this weapon and cheerfully executed Julius Rosenberg for the crime of sharing the technology with the Russians. For good measure, they executed his wife Ethel too, even though it appears she did little more than type up her husband’s notes.

The choice of the name Wismut for the mining company is indicative of the level of paranoia that existed on both sides of the Iron Curtain. It’s doubtful that anyone was fooled by this ruse though. The spa at Oberschlema was already well know by then to be sitting on top of a vast lode of radioactive material. During the 1920s the place was a popular destination for people looking to bask in the radium springs and drink its radioactive water.

By the early fifties, the Soviets had changed the once verdant Schlema valley into a muddy, barren mess that looked more like a concentration camp than a mining company. Security at the mine was tight. People working there were essentially cordoned off from the rest of society, existing in a cocoon of their own. They had their own community, and communication with the outside world was carefully monitored. Geiger counters were installed at the gates to make sure that no one walked out with any of the ore lest they sell it to the Yanks. Health problems, as one can imagine, were legion and still linger today. The size of the mine was immense. By the time it shut down in 1990, it comprised 54 mine shafts spaced 30 meters apart.

In 1958, director Konrad Wolf, along with writers Karl-Georg Egel and Paul Wiens, created Sun Seekers (Sonnensucher), a paean to the workers of the Wismut mine. The story takes place in 1947, and follows the exploits of Lotte Lutz, an attractive young woman who had lost her mother during the war. Tired of the sexual abuse on the farm where she was living, she flees to Berlin where she hooks up with her aunt Emmi, a boisterous woman who looks like Rosemary Clooney and acts like Joan Blondell. After a barroom brawl, Emmi and Lotte are sent by the soviet authorities to work at the Wismut mine. Although it is never explicitly stated, there is a suggestion here that the reason the women are sent to this mine is because they had been fraternizing with the Wismut miners and the authorities were still trying to contain knowledge of the mine’s existence. At the mine we see that the peace between the Russians and the Germans is still on tenuous ground. The Russians are in charge, and are still smarting from what the German army did to their country during WWII. The Germans are trying to prove their loyalty to the communist way of life, although some are obviously not on board.

In many respects, Sun Seekers resembles the Rubble Films of the late-forties. Lotte is a burned-out husk of a woman,, who has come to distrust all men, and is incapable of smiling. Likewise, the one-armed Beier, who had been a German soldier on the Russian Front is filled with remorse and self-loathing for what he had seen and done. Together, these two wounded birds eventually find, if not happiness, then at least some small comfort together. As the emotionally crippled Lutz, Ulrike Germer effectively conveys the frailty masked by frigidity and the artless sensuality of the character. Likewise, Günther Simon, best known for his portrayal of the German Communist Party leader Ernst Thälmann, is better used here as Beier, the one-armed German with a secret past, who wants to find whatever happiness might be left in Lutz’s soul.

Unfortunately for this film, it was made at exactly the wrong time. In August of 1957, the United States announced a two-year suspension on nuclear testing (although they would renege on this plan exactly one year later), and in September of the same year, a huge explosion at the Mayak nuclear facility in Russia released tons of radioactive material into the atmosphere (although this was carefully hushed up by the authorities at the time). After years of fear-mongering and forcing children hide under their school desks, people—in both the east and the west—were growing weary of atomic fear-mongering. The Soviets wanted to show that they too were worried about the potential dangers of atomic weapons and were willing to slow down the arms race. The idea of a film that championed the Soviet efforts to mine the vast uranium deposits in the Schlema Valley was deemed too provocative to release at that time, and the movie was shelved until 1972. Of course, a old black-and-white propaganda movie on the importance of uranium mining to the communist way of life went over rather badly in 1972 and the film did not do well at the box office.

Director Konrad Wolf was as close to royalty was one could get in a communist country. His father, Friedrich Wolf, was a well-respected doctor, playwright, and communist provocateur. In 1932, Friedrich Wolf founded the Southwest Theater Troop (Spieltrupp Südwest) in Stuttgart, and began writing plays that championed the communist cause. Two of his plays, Professor Mamlock and Cyankali, were made twice into films. During WWII, Friedrich Wolf also worked as a doctor in Spain and was briefly interred in a concentration camp in France before being allowed to emigrate to Russia. Konrad’s brother, Markus, was the head of the Hauptverwaltung Aufklärung (HVA), East Germany’s foreign intelligence agency, and is now considered one of the greatest spymasters that ever lived. It is widely believed that the character of Karla in John Le Carré’s Karla Trilogy is based on Markus Wolf, although Le Carré always denied this (a closer match is the character of Fiedler in The Spy Who Came in from the Cold). Konrad Wolf himself fought with the Soviet Army during World War II, and his story was made into the movie, I Was Nineteen in 1968, which he also directed.

As a director, Wolf had a powerful, if sometimes melodramatic, style. Shots in his films are carefully framed, and he isn’t afraid of using unusual angles and novelty wipes when the scene calls for it. For most of his early career, Wolf seemed content to tow the party line. His early films are didactic and very pro-communist. Later in his career, he began to push the envelope with films like Goya, The Naked Man on the Athletic Field, and Solo Sunny.

Erwin Geschonneck shines here as the ex-circus strongman turned ardent Bolshevik, Jupp König. Geschonneck would later go on to become the most popular actor in East Germany, but in the fifties, two of his most important roles—that of Jupp König in this film and Teetjen the butcher in The Axe of Wandsbek—were suppressed, postponing his fame (see Carbide and Sorrel).

Manja Behrens as Emmi also deserves special mention here. She, along with Geschonneck, give this movie its vitality. Behrens started her career in Dresden prior to WWII. During the war, she made two films for the Third Reich before running afoul of Joseph Goebbels. After the war, she moved from Dresden to Berlin to continue her career in theater. There she began working in films and quickly became a popular character actress. In the 1960s, British historian Hugh Trevor-Roper uncovered the fact that Behrens had been the mistress of Martin Bormann during the war. Upon this revelation, she was blacklisted, appearing only occasionally on television in small roles after that. Throughout her life, she continued to appear on stage both before and after the reunification of Germany. Ms. Behrens died in Berlin in 2003.

Today, the Schlema Valley is home to the rebuilt Bad Schlema health spa. You can go there once again to soak in the radon springs. Parts of the mine are left intact as part of the Saxon-Thuringian Uranium Mining Museum, but the muddy landscape of the fifties is gone.