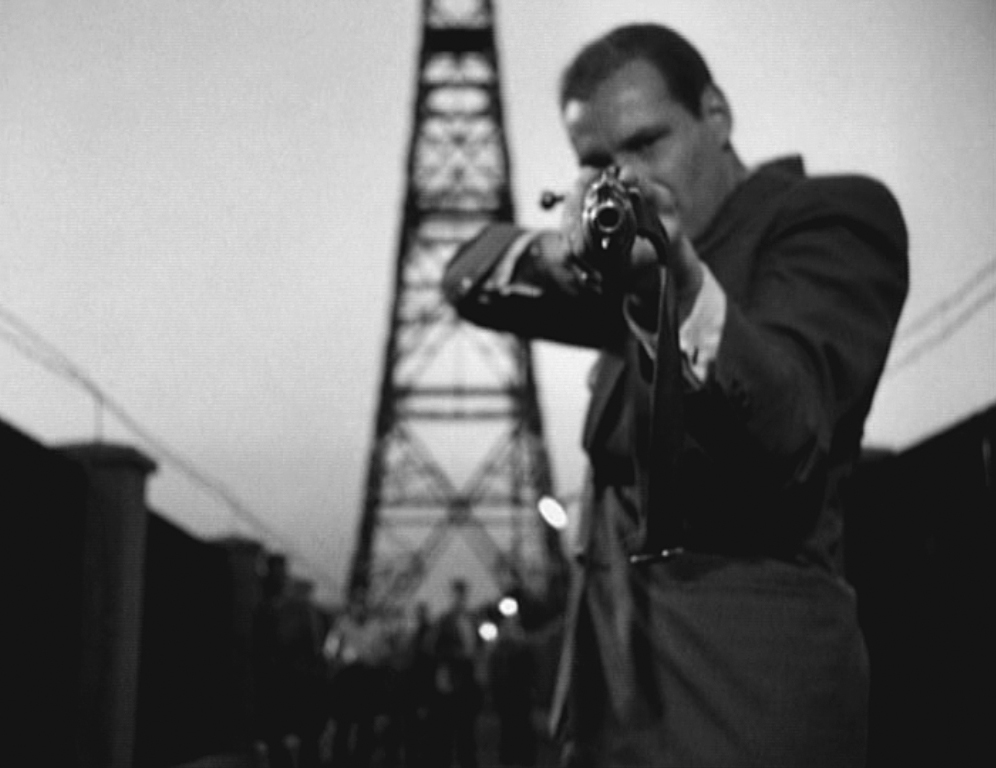 The Gleiwitz Case (Der Fall Gleiwitz) is director Gerhard Klein’s 1961 film about an event in southern Poland that was used by Hitler to start World War II. Hitler knew he couldn’t start a war without provocation, and since none was forthcoming, he did what any good tyrant would do: he created one. After all, it’s much easier to get the public behind efforts to gear up the war machine after a country’s been attacked. It was called the “Gleiwitz Incident” and it took place on August 31, 1939. The conspiracy came to light during the Nuremberg Trials, when an SS-Sturmbannführer named Alfred Naujocks spilled the beans. Gestapo Chief Heinrich Müller entrusted Naujocks with the task of faking an attack on a German radio station in Gleiwitz (Gliwice), Poland. The attack was supposed to look like the work of the Polish resistance. Müller, along with his boss, Reinhard Heydrich, planned the fake attack down to the last detail, including a resistance fighter shot at the scene. For the unlucky martyr, the Gestapo dragooned a political prisoner, who was taken to Gleiwitz and shot. Klein’s movie recounts the events meticulously, from the moment the plan is put into action until its horrifying conclusion.

Clocking in at just under seventy minutes, The Gleiwitz Case is one of the shorter DEFA features, but, like any good story, it’s exactly as long as it needs to be to tell the tale. Klein mostly follows the facts, but that doesn’t stop him from creating an astounding film. He takes the expressionism of Weimar-Ufa and combines it with French New Wave and underground filmmaking to create a dizzying display of cinematic imagination. The camera takes on a life of its own, occasionally moving along at floor level like a rat, then swinging and spinning, as if the events on screen are too much for it take in. Equally audacious is Evelyn Carow’s editing, which treats the sound and the visuals as separate but equal aspects of the movie. In one scene, while a car is waiting at a railroad crossing for a troop train to pass, the singing of the soldiers on board the train turns into a rhythmic chant that mimics the sound of the passing train. The meaning is clear; the war machine is in motion and nothing can stop it.

When the film was shown to the GDR authorities, not everyone approved. Some thought it glorified Nazism and one person remarked: “Veit Harlan (director of the notorious Jud Süß) could have made this movie.” This infuriated Klein, who had worked with the communist resistance during WWII. The reaction of the authorities is understandable though. Most people come to a movie with the automatic assumption that there will be a protagonist who will prevail against all odds, but The Gleiwitz Case offers no such comforts. Klein knew the Gleiwitz Incident was the single most important event in the history of WWII, and any attempts to get on one’s high horse would detract from the story. Thus he presents it without the socialist proselytizing sometimes found in DEFA films.

The Gleiwitz Case script was written by Wolfgang Kohlhaase and Günther Rücker. Wolfgang Kohlhaase and director Klein had already made names for themselves with their “Berlin Trilogy”—three films that examined modern life in the divided city (Alarm at the Circus, A Berlin Romance, Berlin – Schönhauser Corner). This was Kohlhaase’s first foray into the world of WWII storytelling, but not his last. He returned to the subject in 1968 with Konrad Wolf’s autobiographical film I Was Nineteen. Unlike many of the DEFA talents, the Wende had little effect on his career. he continues to write scripts; primarily for fellow Ossi, Andreas Dressen.

Günther Rücker was a talented and well-respected writer, whose work included plays, novels, short stories, and radio programs. He was a keen observer of women and the problems they faced in East Germany. His screenplays for Her Third, Until Death Do Us Part, Die Verlobte  (The Fiancée), and Hilde, das Dienstmädchen (Housemaid Hilde) all feature female protagonists from various walks of life. From 1974 to 1982, he was in charge of the Poetry and Linguistics department (Dichtkunst und Sprachpflege) at the Akademie der Künste in Berlin. He won the National Prize of the GDR several times, and the Prix Italia for his radio play, Die Grünstein-Variante (The Greenstone Variation), which, coincidentally, was based on Wolfgang Kohlhaase’s theatrical adaptation of the stories of Ludwig Tureck.1 Rücker also directed a few films for DEFA. After the Wende, he made no further movies, and died in 2008.

The cinematographer  for The Gleiwitz Case was Jan Curik from Czechoslovakia (Czech Republic). Curik is best known in the west for his dazzling color work on Jaromil Jires’s psychedelic masterpiece, Valerie and Her Week of Wonders (the inspiration for Neil Jordan’s coming-of-age fantasy, The Company of Wolves), and his equally striking black-and-white photography in Jires’s The Joke (Zerk). He was also the cinematographer on Frantisek Vlácil’s The White Dove  (Holubice). Some frames in The Gleiwitz Case are so perfect they could stand alone as still photographs: a man sitting at a radio console, a car on the autobahn, hands chained to a wall. In the scene where Naujocks addresses his stormtroopers, the combination of lighting and photography creates the effect of accentuating the skull beneath Naujocks skin, giving him the sinister appearance of a grim reaper. It is amazing to note that in spite of his important contributions to the history of world cinema, Jan Curik remains largely ignored. As of this writing, there is no biography of him on any version of Wikipedia, including the Czech version; and yet every critique of a film that Curik shot contains references to the outstanding photography. Curik died in 1996 at the age of 72.

Alongside the visual beauty of this film, its use of music stands out. The film opens in darkness with a frenetic piece of carnival music reminiscent of The Three Penny Opera. Not coincidentally, the composer, Kurt Schwaen, worked extensively with Brecht during the fifties and Brecht’s influence stayed with him throughout his career. Schwaen composed music for only a few soundtracks, preferring to concentrate on his serious compositions. In 1965, he became the head of the music department at the Akademie der Künste in Berlin. He would go on to compose over 620 compositions; everything from orchestral works and operas to solo piano pieces. In scenes at the radio station, Schwaen’s soundtrack is replaced with the popular music being broadcast. When we first see the giant wooden radio tower in Gleiwitz, for instance, we hear the strains of Heinrich Berger’s orchestral version of “Aloha Oe” playing (we’ll hear this song again in I Was Nineteen). Later in the film, as the station is being attacked, choral music plays behind the chaos. This juxtaposition of light music with serious scenes is an ironic technique that was still relatively unknown in 1961 outside of the work of underground filmmaker Kenneth Anger. It would take Kubrick’s Dr. Strangelove in 1964 to bring this technique to American mainstream cinema, and filmmakers like John Waters and Quentin Tarantino to turn it into a trope.

Making a film without a likable lead character or a happy ending is always a risky proposition. Audiences seldom respond well to that sort of thing. So it’s no surprise that the film did poorly at the box office and quickly disappeared from theaters. Nonetheless, critics on both sides of the Iron Curtain were impressed with the film. The film critic for the West Berlin newspaper, Der Tagesspiegel cited it as the most visually striking film from the GDR since Konrad Wolf’s Stars. A few years after it played in the east, the film started showing up at film clubs in West Berlin. Some have complained that The Gleiwitz Case distorts certain facts (there is no evidence, for instance, that Naujocks fired the fatal shot). Nonetheless, the film stands as an exceptional example of what the DEFA directors were capable of when the authorities allowed it .

1. In 1985, a West German version of the story was filmed by actor/director Berhard Wicki, with a screenplay by Wicki and Kohlhaase.