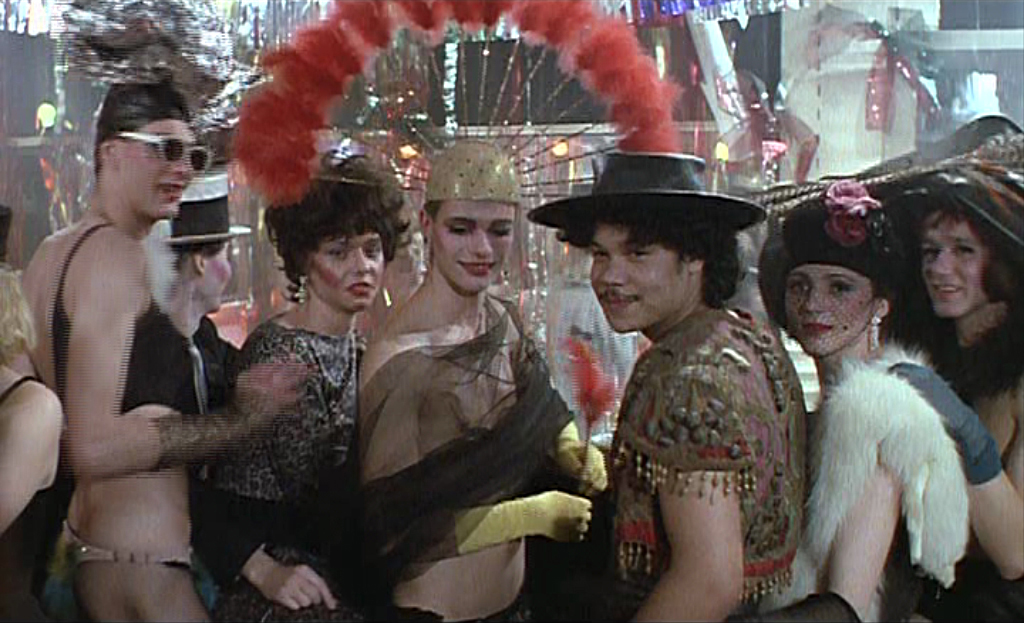 On the night of November 9, 1989, all hell broke loose in East Germany. Politburo member Günter Schabowski, while preparing for a press conference, was handed a memo on the new travel regulations for East German citizens. The memo stated that East Germans would now be allowed to travel abroad. What the memo did not say was that this new regulation was not suppose to take effect for twenty-four hours; giving the police enough time to implement new procedures for this. When asked when the regulation would take effect, Schabowski uttered the sentence that changed the world: “As far as I know, it’s effectively immediately.” (“Das tritt nach meiner Kenntnis… ist das sofort, unverzüglich.”), and by the end of the evening the borders of East Berlin were swarming with people trying to visit the west. The border guards frantically called every official they could find but the people who could actually make a decision seemed to be in short supply that night. According to folklore, the reason none of these officials could be found that night is because they were all at a screening of Heiner Carow’s controversial new movie, Coming Out, which just happened to be premiering the same night that the wall fell.

Coming Out is the story of a young teacher named Philipp Klarmann (Matthias Freihof) and his journey to sexual awareness. It is apparent from the moment we see him standing in front of his class that he is gay. No “gay-dar” needed. Shortly after this, he literally runs into Tanja (Dagmar Manzel), who has had a crush on him since school. The two of them hook up, and they seem happy, but all is not well. Things come to a head when Philipp stumbles into a gay bar and meets Mathias (Dirk Kummer), a handsome young man that we first saw in a grueling hospital scene at the beginning of the movie. Mathias and Philipp are soon in bed together, which makes Mathias very happy, but Philipp is still conflicted about his sexuality. After an encounter at the opera, Tanja finally catches on and leaves Philipp. Philipp tries to deny his sexuality, but all he ends up doing is losing Mathias, his one true love. He realizes his mistake too late, but finally comes to terms with who he is. 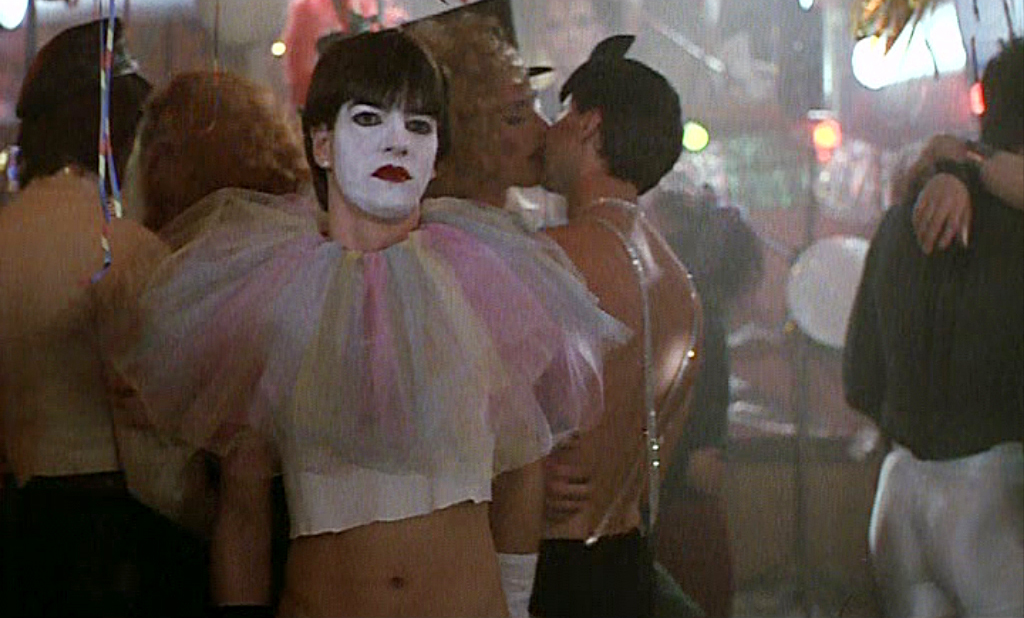 The sex in Coming Out is handled with candor and honesty. The film makes a point of showing the many sides of gay life in East Germany, from the old to the young, both happy and sad. The two leading men are attractive and make a believable couple. The gay bar scene is reminiscent of what the scene must have been like in the west before it became respectable. John Waters would be right at home here (although Matthias in mime facepaint with a tutu around his neck might cause him to run screaming from the place).

This was Matthias Freihof’s first starring role. Perhaps thanks to the timing, Coming Out helped propel Freihof into a very successful career in unified Germany not only as an actor, but also as a singer. He has appeared on various televisions shows and movies, and has released several albums of songs. Similarly Dagmar Manzel and Dirk Kummer both have gone on to have a successful careers since the wall fell. Like Freihof, Manzel has made a name for herself as both a singer and an actress and often appears in musical theater when she is not working on films. For Dirk Kummer, Coming Out was not only his start as an actor, but also the beginning of his career behind the camera. Although he acted in a few more movies, most of his work has been as an assistant director. Since 2003, he has worked primarily as a director of TV movies, including Charlotte und ihre Männer, and Geschlecht weiblich—for which Ulrike Krumbiegel won a best actress award at the 2003 German Television awards. 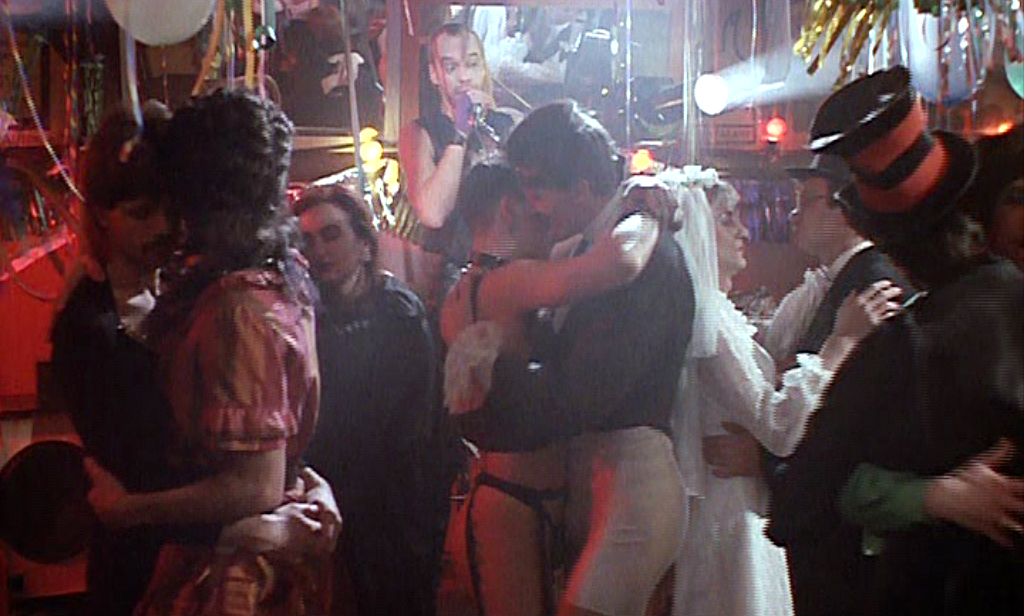 Early in his career, Director Heiner Carow made a name for himself as the director of the popular children’s films Sheriff Teddy and Sie nannten ihn Amigo (They Call Him Amigo). In 1971, he got in some hot water with the officials who objected to his film The Russians are Coming (Die Russen kommen—not to be confused with the similarly titled Norman Jewison film) but he made his biggest splash with the DEFA classic, The Legend of Paul and Paula. He followed that up with Until Death Do Us Part, which took a much darker look at human relationships (although, when you come right down to it, The Legend of Paul and Paula is pretty tragic in spite of its uptempo theme song).

After the Wende, Carow continued working, mainly in television, until his death in 1997 (he was 67). Sadly, the same cannot be said for his wife, Evelyn Carow, possibly the greatest film editor in East Germany. When DEFA ended, so did Ms. Carow’s career. In 1993, she edited Inge, April und Mai, one of the last DEFA films, and then stepped away from the editing bench. Not only was Germany changing, but movie editing was changing. That same year saw Avid entering the market as a publicly traded company. The days of physical film editing had come to an end.

With the fall of the wall, gays in East Germany suddenly were faced with an interesting dilemma. Being gay was still met with some antagonism and resistance on both sides of the wall, but now they found themselves part of a new minority: the Ossis; and that came with as many problems as being gay once had. In Jefferey Peck’s 1991 interview with Jürgen Lemke, the author of Gay Voices from East Germany,  Lemke said that there was greater solidarity among gays in East Germany before the Wende, and that he felt more secure as a member of a minority in the GDR than he does in the same situation in unified Germany. “I see myself, of course, more vulnerable than before,  especially when it concerns physical aggression,” said Lemke. (New German Critique, No. 52)

After all these years, Coming Out still holds up as one of the most moving and honest films on gay love. This is because Heiner Carow understood the most fundamental point: all relationships, whether gay or straight, are, first and foremost, human relationships.

Stream this film on Kanopy.