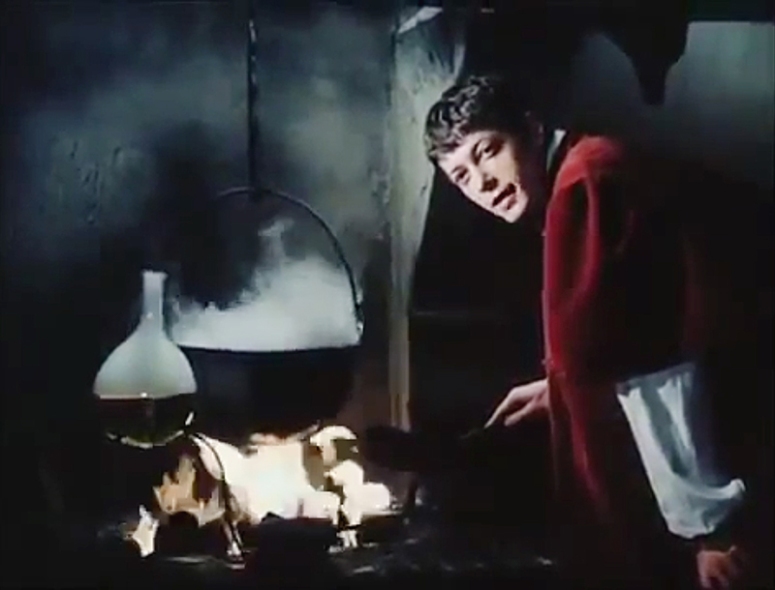 [Note: I received a request to do a review of this film from a reader. If there is any East German film out there that you think I should take a look at, feel free to let me know and if I can find a copy I’ll check it out.]

Godfather Death (Gevatter Tod) is based on one of the most interesting fairytales the Brothers Grimm ever transcribed. Unlike most of their stories, the magical elements are kept to a minimum here. People don’t turn into other creatures, no one flies, and aside from appearances by God, the Devil and the Grim Reaper, most of the story deals with human foibles. At the beginning of the film, we see a man scurrying down the road, clutching a baby in his arms, his thirteenth child. The man is looking for someone who is willing to take on the role of the child’s godfather. He first encounters God, who offers himself, but the man doesn’t want to have anything to do with a supreme being that allows wars and pestilence to exist. Next he meets the Devil, who also offers, having a special fondness for the number thirteen. The man rejects the Devil’s offer owing to the Devil’s inherent deceitfulness, not to mention the character’s squirrelly behavior. Finally, he meets Death, who, unlike the other two, treats everyone as equals. It doesn’t matter to the Grim Reaper if you’re rich or poor, Death is the same for everyone. The man likes this attitude and decides that the Grim Reaper should be godfather to his son. When the boy, christened as Jörg, grows up, Death comes back into his life and shows him when to cure people who are sick and when to let them die. It isn’t long before Jörg decides to trick Death and save the life of someone who is slated to die. After he saves the life of Barbara, the young and beautiful daughter of the mayor, he is shown that her candle is almost extinguished and he would have to make a choice: the life of another for the life of Barbara.

In the original fairytale, it is Jörg’s candle that is extinguished to save the woman, but the DEFA version is even grimmer. An innocent child is sacrificed to save the princess and Jörg must live with the guilt of his decision. Unlike a Disney version of a fairytale, no one in this story lives happily ever after. Death is the only one that doesn’t have a problem accepting the way things are, seeing everything as having a season. It’s a remarkable way to end a fairytale.

Godfather Death is a made-for-TV film that was first shown shortly after Christmas in 1980. Although made for television, the film was produced at the DEFA studios and it shows. Production designer Werner Pieske’s sets look good and Lydia Fiege’s costumes are excellent. It also features a remarkable score by Karl-Ernst Sasse, East Germany’s greatest film composer (for more on Karl-Ernst Sasse, see Her Third). Parts of the score consist of a trio of drums, violin and Jew’s harp. Sasse seems to have a special fondness for the Jew’s harp. He also used it in the score for Blood Brothers. As with most of his scores, much of the music takes its cues from the period in which the story occurs—in this case, the middle ages. 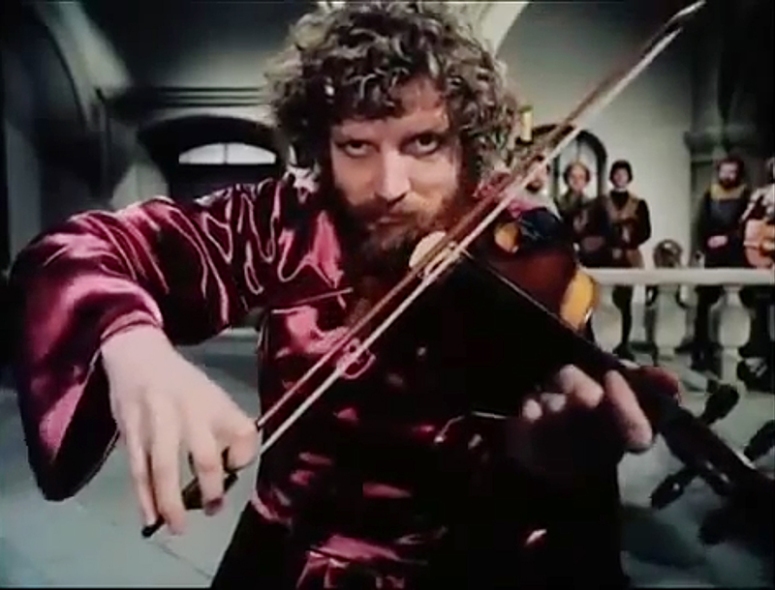 The film was directed by Wolfgang Hübner, who got his start as an actor at DEFA in the early fifties, but switched to directing in 1972 with the TV-adaptation of Radij Pogodin’s play Nur ein Spaß (Just a Joke). Most of his work, both before and after the Wende, has been in legitimate theater and television. He has contributed work to several popular television shows, including Alle meine Töchter (All My Daughters), Jenny & Co., and Um Himmels Willen (For Heaven’s Sake).

Death is played by Dieter Franke, an actor best known for comedy. The son of a stage designer, working as a props man and an extra in the theater in Greiz. He started working in films and television after he came to Berlin in 1963. Over the years, he played everything from an SS man in The Adventures of Werner Holt to the Devil in The Devil’s Three Golden Hairs. He was scheduled to play the car accident spirit in Motoring Tales, but died in 1982 at the age of 48.
Jörg is played by Jan Spitzer. Spitzer’s first film, Farewell, should have been a bigger hit, but it barely made it past the censors, and received only limited distribution. In spite of this, Spitzer went on to have a successful career at DEFA. Since the Wende, he has gone on to become one of the leading voice actors in Germany, often dubbing the voices of Chris Cooper and Danny Trejo.

Barbara is played by Janina Hartwig, who is best known these days as Sister Hanna on Um Himmels Willen. Her first film was Disko mit Einlage (Disco Interlude), followed by several more made-for-TV movies (including this one). She first appeared on the big screen in Der Bärenhäuter (The Bear Skin), another Grimms’ fairytale. Still young at the time of the Wende, and already mostly working in television, reunification had less impact on her career than it did for some of the others at DEFA. She continued working television and has appeared in dozens of TV shows. 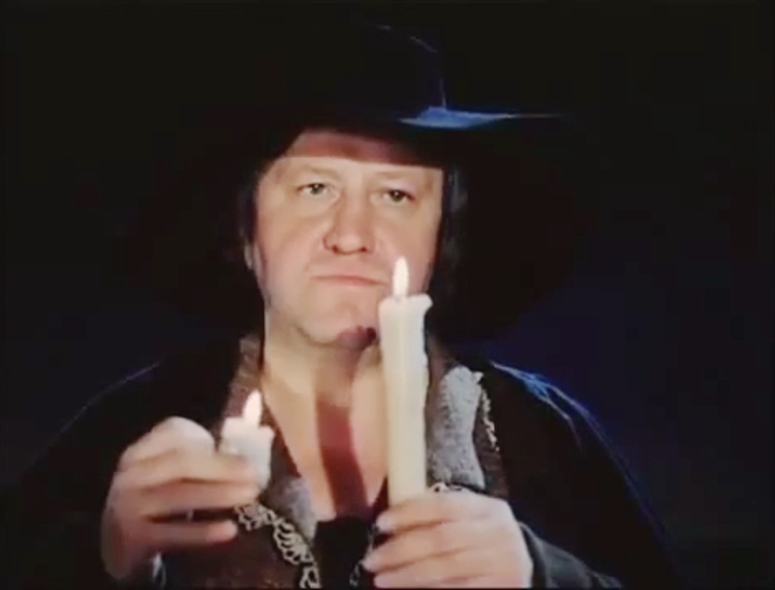 Inevitably, with the perspective of history, we can see parallels to the tale here and the fate of the GDR. With its efforts to keep the republic in the hands of the SED, the government had essentially snuffed the life out of its socialist ideals, creating a country that continued to exist after the joy of existence was gone. As it was originally shown on television, there are no box office figures for the film, but it was well received by the critics. As an example of an East German fairytale film, though, it is a bit of an anomaly. It lacks to eye-bleeding colors and over-the-top set designs of the earlier fairytale films. For that reason, it might be overlooked, but it is still worth checking out.