The Blum Affair is based on a famous court case that took place in Germany during the Weimar Republic years. After the Second World War, people realized that this case presaged the rise of the Nazis in ominous ways. The actual events took place in the Magdeburg area in 1925, and involved a prominent Jewish businessman named Rudolf Haas. Haas was arrested for the murder of an accountant named Helling who had worked for Haas. After Haas fired Helling, the accountant reportedly claimed that he had proof Haas was cooking his books. For the investigating judge, Johannes Kölling, that was proof enough that Haas was the man responsible for Helling’s death—that, and the fact that Haas was Jewish.

Even after an independent investigator found Helling’s body buried in the basement of the residence of a young, right-winged ne’er-do-well named Richard Schröder, Justice Kölling continue to pursue Haas as the murderer. Eventually the district president, Otto Hörsing, stepped in the put an end to Kölling’s kangaroo court antics. But Hörsing was a left-wing politician and Kölling was from the far right—the perfect storm as far as the newspapers were concerned—and the whole affair turned into a national debate on the culpability of the Jews and the socialists for the economic problems the Weimar Republic was facing. Eventually, over Kölling’s protests, the charges against Haas were dropped and Schröder was found guilty of the murder.

The names have been changed for the movie, but not much else. Most of the important particulars of the story are presented as they occurred in the actual case. Blum is portrayed as innocent of any financial shenanigans, which was an unusual stance for a DEFA film. Normally, rich industrialists are portrayed as the bad guys. Doing so in this case, however, would have only obfuscated the already complicated story. The Blum Affair was met with critical praise on both sides of the Iron Curtain. It was nominated as best foreign film by the New York Film Critics (it came in second behind Vittorio De Sica’s classic The Bicycle Thief).

As with many early DEFA films, such as Heart of Stone, Razzia, and Kein Platz für Liebe (No Place for Love), this film was directed by a West German. Often this pairing produced a film that—while made by DEFA—did not have the look and feel of a DEFA product. If anything, they usually ended up looking like the UFA films during the Third Reich. Unlike most West German directors, however, Erich Engel was not working at DEFA out of necessity. He considered himself “Marxist to the core” and was a long-time friend of Bertolt Brecht’s. Furthermore, unlike most of the other films made by West Germans for DEFA, this film feels like a DEFA film (a subjective call, I admit).

Before becoming a film director, Engel worked in theater as everything from a stagehand to the dramaturg. In 1924, he started working with Brecht. His direction of Threepenny Opera in 1928 was met with rave reviews and Engel became known as the foremost interpreter of Brecht’s work in Germany. Although he did work on films during the twenties—mostly notably on comedian Karl Valentin’s Mysterien eines Frisiersalons (The Mysteries of a Hairdresser’s Shop), which he co-directed with Brecht—his career as a filmmaker began in earnest in 1931 with Wer nimmt die Liebe ernst… (Who Takes Love Seriously?). During the Nazi regime, Engel managed to keep out of trouble in spite of his politics by concentrating on light comedies, occasionally slipping in anti-fascist messages below the radar when he could.

After the war, Engel continued his work in the theater with Brecht and started making films for DEFA—still the only game in town at that point. During the early fifties, after the Office of Military Government, United States (OMGUS) was dismantled and West Germany got back into the moviemaking business, Engel started working primarily in the west, churning out light comedies like the ones he made for the Nazis. He returned to East Germany in 1958 to make Geschwader Fledermaus (Bat Squadron), one of the few films at the time to cast a critical eye at France’s colonial war in Vietnam.1 It was his last film. He retired from filmmaking at that point, but continued to work in theater. He died in 1966 and is buried in the Dorotheenstädtischer Cemetery, not far from his friend, Bertolt Brecht.

Most of the cast of The Blum Affair hails from the west. Some of them, Such as Paul Bildt and Arno Paulsen, starred in several DEFA films, but by the mid-fifties were working exclusively in West Germany. The Blum Affair was the first film for Hans Christian Blech, who played the reprehensible Karlheinz Gabler (the Richard Schröder character). Mr. Blech went on to a highly successful career in West Germany. He was one of the “go-to” guys when Hollywood needed and evil Nazi, but he also played a concentration camp victim in Armand Gatti’s L’enclos (Enclosure) and a resistance fighter in Morituri. He died in 1993 in Munich. 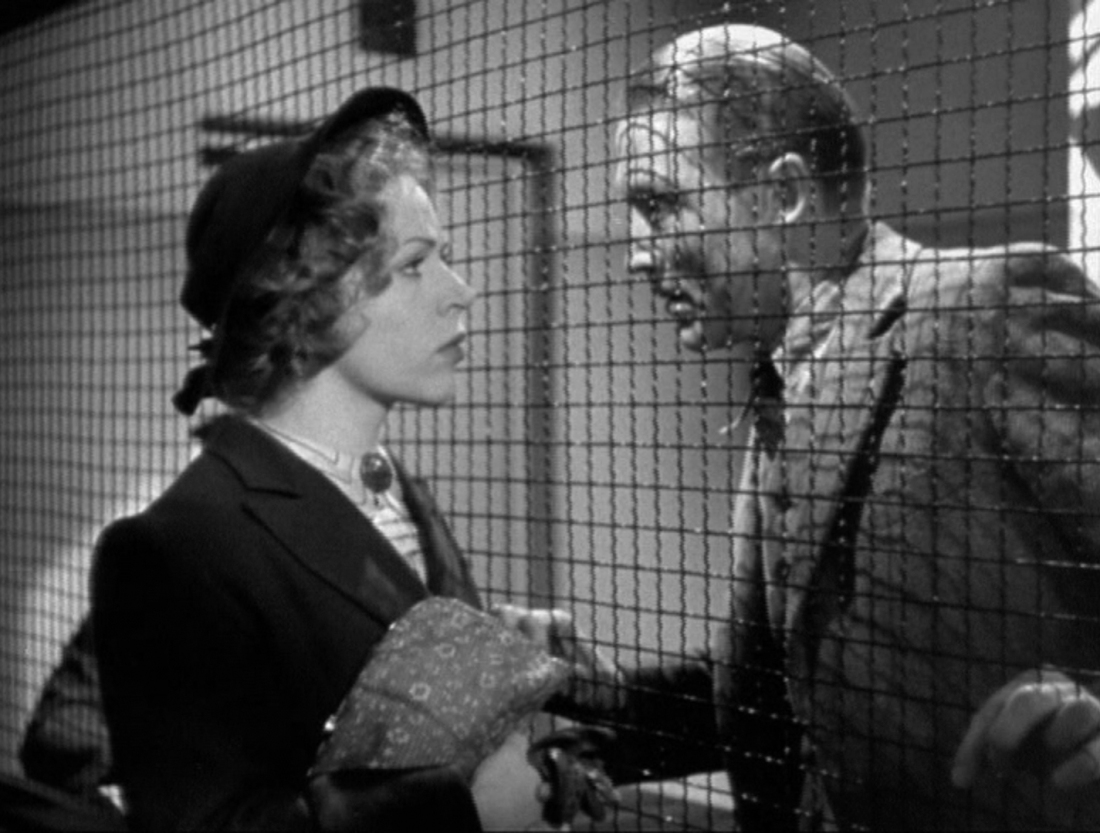 Playing Gabler’s long-suffering girlfriend, Christina, is Gisela Trowe. Ms. Trowe had a banner year in 1948, appearing in four films, three for DEFA and one for the short-lived Camera-Filmproduktion. She was the daughter-in-law of Erich Engel, but if her casting here was nepotistic, it’s a moot point—her performance is very good, and is, in some respects, the most important one in the film. Ms. Trowe appeared in several movies on both sides of the Iron Curtain during the fifties. Once she decided to settle in the west, her roles were restricted primarily to television. With her sultry voice, she became one of the leading voice actors in Germany, often dubbing the voices for sexy women such as Melina Mercouri, Gina Lollobrigida, Rita Hayworth, and Simone Signoret.

The Blum Affair is based on a book by Robert A. Stemmle, who also wrote the screenplay. Having grown up in Magdeburg, the Haas case probably had special meaning to Stemmle. By 1948, when The Blum Affair was released, Stemmle was a successful film director in his own right. He made several movies for UFA during the Third Reich years, including Jungens (Boys)—one of the so-called Vorbehaltsfilme, (films banned in Germany from regular public screenings due to pro-Nazi and anti-Semitic content). In spite of this, he did not receive the level of criticism that befell Leni Riefenstahl and Veit Harlan. He wrote two screenplays for Engel—The Blum Affair and Der Biberpelz (The Beaver Coat)—but he did not stay in the east. In 1952, he wrote and directed Toxi, the first film to address the problem of mixed-race orphans in post-war Germany. During the fifties and sixties, he became well-known for his adaptations of Edgar Wallace and Karl May stories. He died of a heart attack in 1974,

The film ends on an ominous and unsettled note. Blum’s wife remarks that justice prevailed because, after all, they lived in Germany, which was a law-abiding country. Blum looks less sure of this. In fact, after the Nazi takeover of Germany, Haas and his wife committed suicide, while the offending judge, Johannes Kölling, was praised as a pioneer of National Socialism and rose rapidly through the ranks. Otto Hörsing, the district president who saw that justice was served, was stripped of his pension and died penniless.

1. Some others from this period include Jump into Hell, China Gate, Five Gates to Hell, and Shock Patrol (Patrouille de Choc), but these are all told from the perspective of the colonialist invaders.