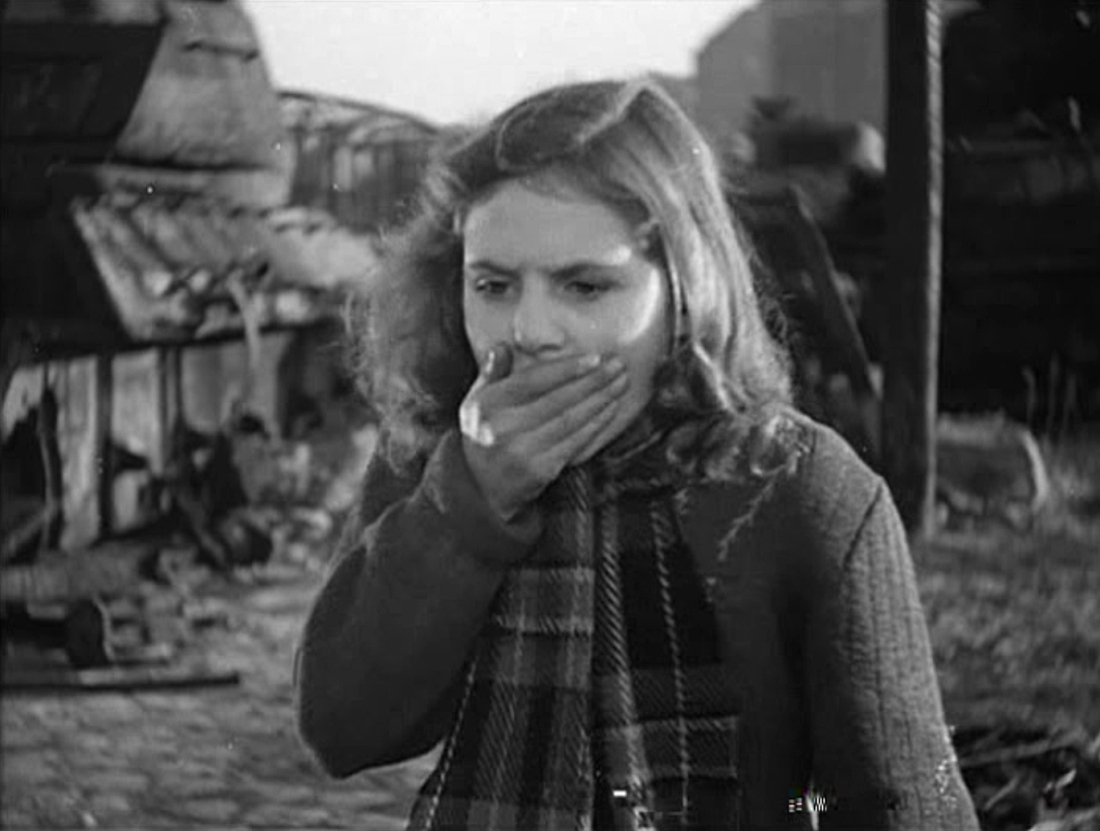 DEFA, East Germany’s state-owned film production company, was formed in 1946—three years before post-war Germany’s Soviet sector would become its own country. Immediately after the war, the Office of Military Government, United States (OMGUS) was doing everything it could to hobble German film production in the western sectors, largely at the behest of the Hollywood studios. The Soviets, on the other hand, had been champions of film since the early days of their revolution. and they were willing to let the filmmakers in their sector get back to work immediately. Thus, if you were a director or film technician in post-war Germany, DEFA was the only game in town.

As a result, many West German directors, who had no particular enthusiasm for the socialist ideals, went to the Soviet Sector to get their films made. People such as Hans Deppe, Paul Verhoeven, and the Austrian filmmaker Arthur Maria Rabenalt made films for DEFA, but unlike directors such as Kurt Maetzig and Wolfgang Staudte, they weren’t socialists and had no interest in creating a new form of cinema. They just wanted to continue making films—the same types of films they had made during the Third Reich. When West German film production finally got up to speed in the 1950s, these same men would scurry back to the west to make their Edgar Wallace potboilers and Heimatfilme, and produce films so safe and unchallenging that West Germany’s young filmmakers would eventually rise up against them and deliver the Oberhausen Manifesto.

For this reason, several of the early DEFA films are DEFA in name only. They could have been made ten years earlier under auspices of Joseph Goebbels or ten years later by Constantin Films. That’s not to say they are bad films, they are not, but there is nothing uniquely East German about them, or, for that matter, uniquely West German either. They are standard movie fare, meant purely for entertainment.

Nowhere is this better demonstrated than with Razzia (AKA Police Raid), DEFA’s first thriller (Krimi). Its expressionistic lighting, diffusion filter close-ups, and musical interludes would have fit comfortably in any Hollywood production. Most of the technical crew, including the director and screenwriter, had worked for German production companies under the Nazis and most would end up working in West Germany once its film industry was back up and running. They were at DEFA for no better reason than a paycheck, and had no sympathy for the socialist cause.

Nonetheless, these men did have the skill sets needed to make movies on time and on budget, and they understood the craft. Maybe the people in charge of DEFA thought that they would help expand the talent pool at the film studio (they did not), or maybe the simply wanted to get as many films out there as quickly as possible to demonstrate their superior film production capabilities to the rest of Germany (that they did). Most of these directors brought their own production teams with them, and they left East Germany with them as well. It would take people like Maetzig, Konrad Wolf, Egon Gunther, and Gerhard Klein to develop a new style—the DEFA style.

Razzia takes place in post-war Berlin, where black marketeers sell contraband American cigarettes in the streets and children play hide-and-seek amid the corroding debris of the war machine. The screenplay is by Harald G. Petersson, who started writing screenplays in 1934 after his novella, Herz ist Trumpf was turned into a movie. Petersson had a knack for writing the kind of engaging, tension-filled scenes that cinema thrives on. In Razzia, Petersson takes the tropes of the Rubble Films—the hollow man returning from the war and the rubble-strewn streets—and crosses them with the popular characteristics of film noir: the femme fatale, charming criminals, and good people caught in bad situations. Most of the time, the story follows a typical Hollywood-style structure, but Petersson manages to pull a few surprises out of his hat. Just when it looks like the film is going to follow one character throughout, it takes a sharp right turn into new territory.

The film is directed by Werner Klingler, who started his career as an actor during the Weimar Republic and then became a director during the Third Reich. He made several popular films at this time, but is most famous for taking over the directing of Titanic after its director, Herbert Selpin, was arrested for saying some unfavorable things about Hitler’s regime (Selpin was later found hanged in his cell—reportedly a suicide). Klinger is a craftsman director. The kind of director that film production companies thrived on for most of film’s first fifty years. He knows how to tell a story in pictures, but he never tries to push the limits of style. The most striking scenes in the film are the ones that take place on the streets, but this is more reflective of the situation in Berlin than Klingler’s flair as a director. He is highly skilled at his craft, but never transcends it.

Playing police commissioner Naumann is Paul Bildt. Bildt’s career in films reads like history of the first fifty years of German cinema. Originally a stage actor, Bildt started appearing in films in 1910. He was one of the busiest actors in Germany, appearing in as many as eleven films a year. Goebbels thought so highly of Bildt that he added him to his Gottbegnadeten list—a list of musicians, artists, authors and actors that Goebbels felt were the Reich couldn’t exist without. This fact is even more amazing when you consider that he his wife, who died of cancer in 1945, was Jewish. When the war ended, Bildt was living in a small town east of Berlin. Rather than face the wrath of the oncoming Russian troops, Bildt and his daughter attempted to commit suicide by overdosing on Barbital. His daughter died but he was found in time and rushed to the hospital. After several days in a coma, Bildt made a full recovery. For a time, he appeared on stage, primarily at the Düsseldorfer Schauspielhaus, before going to DEFA to make movies. He appeared in several of DEFA’s most well-known early films, including Somewhere in Berlin, The Blum Affair, and Council of the Gods. In 1949, he was awarded the GDR’s National Prize for his work in films, but it wasn’t enough to keep him in East Germany. In the early fifties, he went to the west, where he continued his career until his death in 1957. 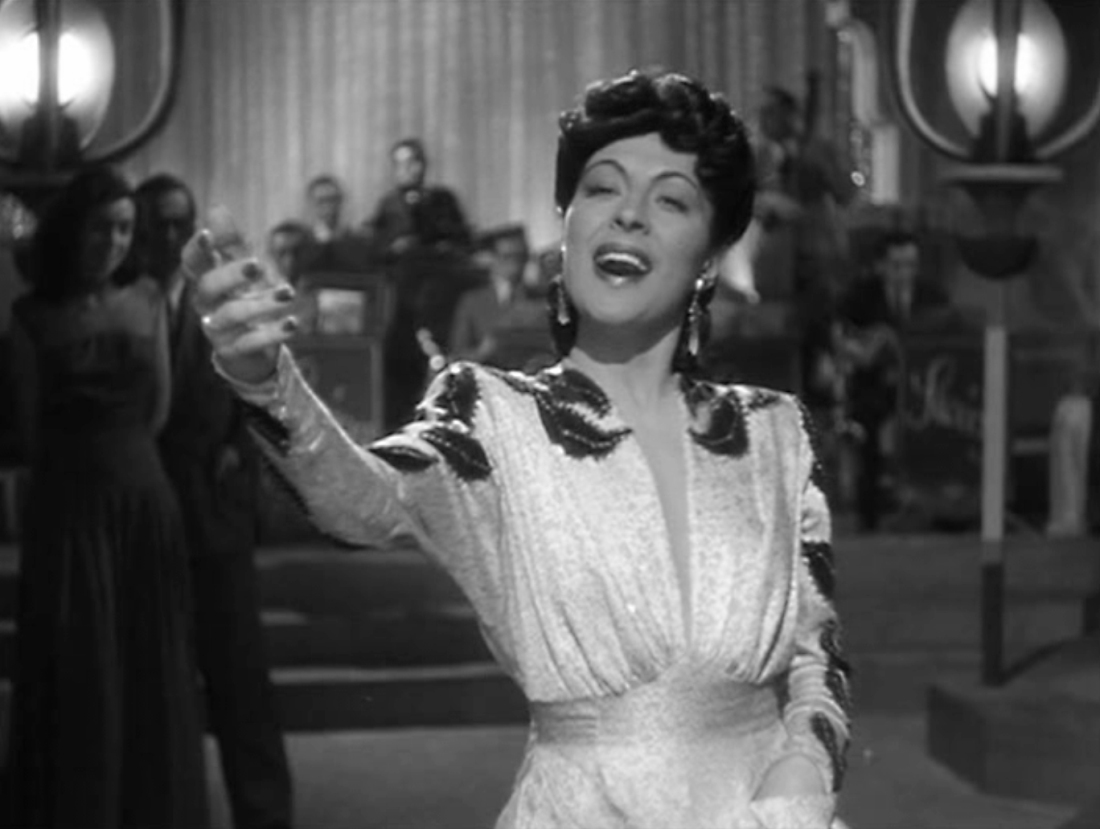 Making her first and only film appearance is singer Nina Konsta who plays the club singer Yvonne. Konsta was a popular singer in Germany during the late forties, but her star has since been eclipsed by other, more famous singers. She had a beautiful voice, and was known as “The Greek Nightingale.” While not an actress, she plays the role of the femme fatale well enough, and she has the looks to pull it off. She was a talented woman, and it is a shame she is nearly forgotten today.

Razzia was the first post-war krimi made in Germany for the German audience, and response to it was positive in all sectors. So much so that the Allied sectors saw the film as a threat; especially after Nicola Napoli’s communist film distribution company, Artkino Productions, started distributing it in South America. After it played in Chile, an editorial in the New York Times decried the efforts of Hollywood to hobble western sector film production, but it wouldn’t be until after West Germany was declared a country and allowed some autonomy over its film production that they would catch up with the east. The film was also the first DEFA production to make it to these shores, playing in New York City in 1948.