My next article on the East Germany Cinema Blog is going to take at least another week of work, so, in the meantime, here’s a listicle to keep things moving. These are five (plus one bonus film) of the best post-Wende films on the subject of life in East Germany that I have seen. I’ve only included the ones I could find with English subtitles, but there are others worth checking out. I suspect that most of my readers have already seen these films, but if you missed any they are all worth a viewing.

The Lives of Others (Das Leben der Anderen) 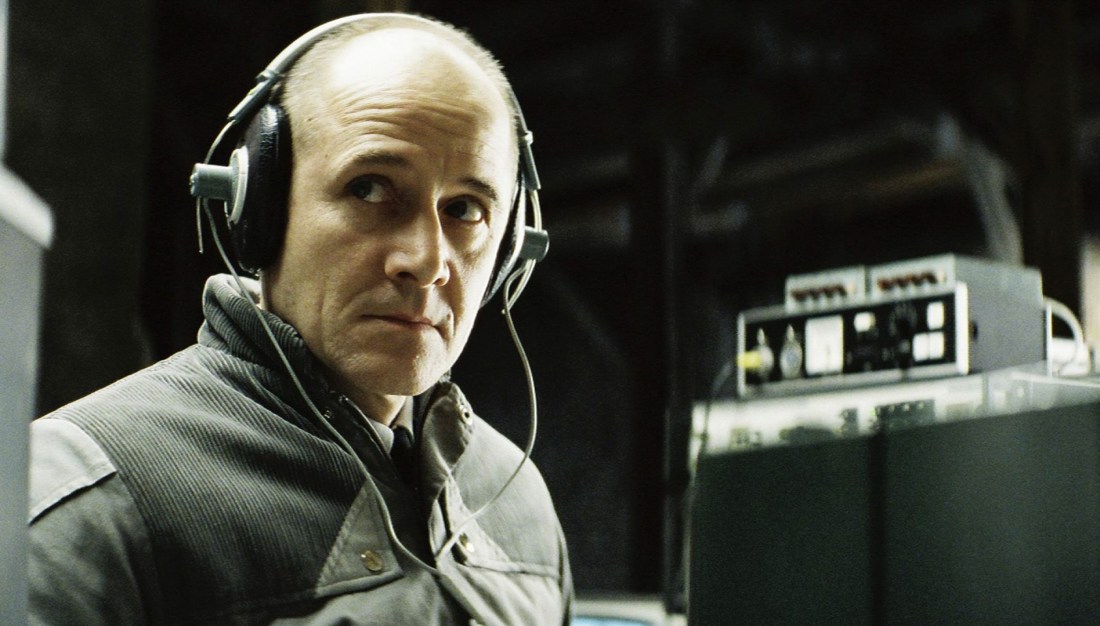 If you ask most people what their favorite film about East Germany is, more often than not it will be this film—that is, if you ask people who did not grow up in East Germany. This story of a Stasi officer who is so moved by a piece of music that he decides to help a playwright who is being hounded by the Stasi was a big hit and won the Academy Award for Best Foreign Film. People from the west loved it. People from East Germany were less enthusiastic. Some felt it didn’t reflect the average East Germans daily life, while others found the concept of a Stasi officer capable of being emotionally moved by music absurd to the point of fantasy. Not surprisingly, it was made by a West German (Florian Henckel von Donnersmarck).1
Available for streaming on Netflix

So what’s a film that East Germans like? One answer is this one. Sun Alley is a light comedy about being a teenager in East Germany. It doesn’t deny the problems inherent in living in East Germany, but it shows that teens are still teens, no matter where they are from. It’s a funny movie that is definitely worth seeing. Also, if you are capable of making the leap (no pun intended), you might see the end as secretly very grim. Made by an East German director (Leander Haußmann).
Available on DVD 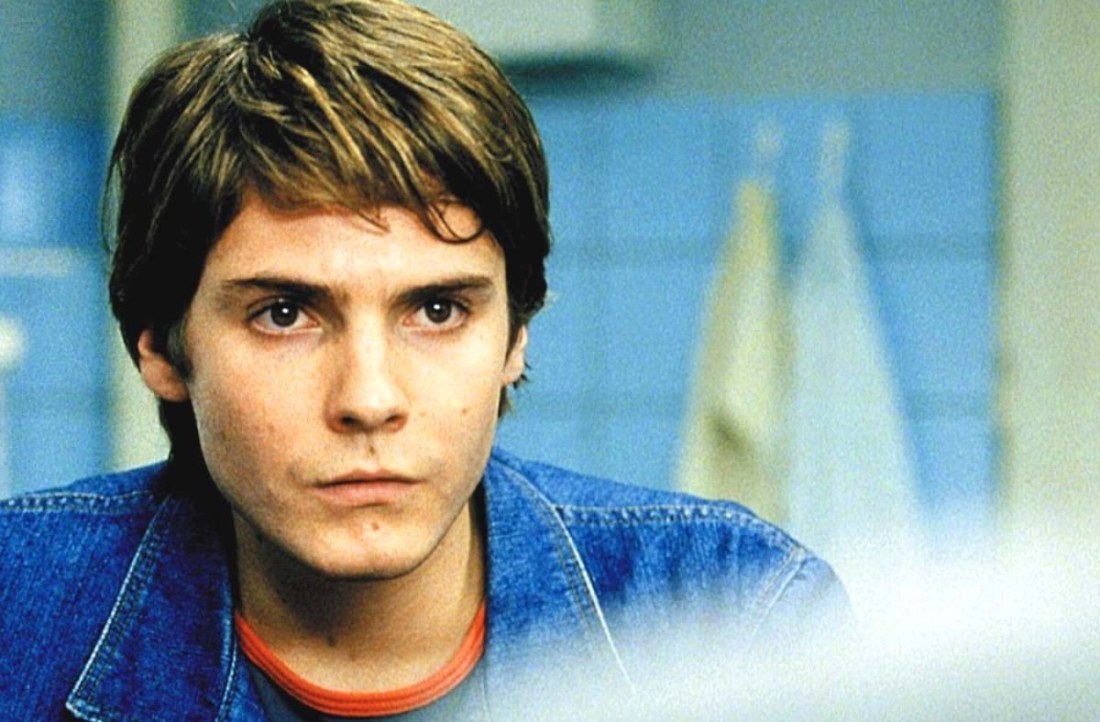 Ask people what their second favorite film about the GDR is, and the answer is usually Good Bye Lenin! It’s much more lighthearted than The Lives of Others, but still has the earmarks of a film made by a West German. It tells the story of a man’s mother, who goes into a coma before the Wall comes down and doesn’t wake up until the country is reunified. Doctors tell the man that sudden shocks might kill her, so he does everything in his power to make her think that East Germany is still going strong, in spite of the enormous Coca-Cola sign going up outside her window. It’s a funny film, with some subtle use of CGI.
Available for streaming on various service. 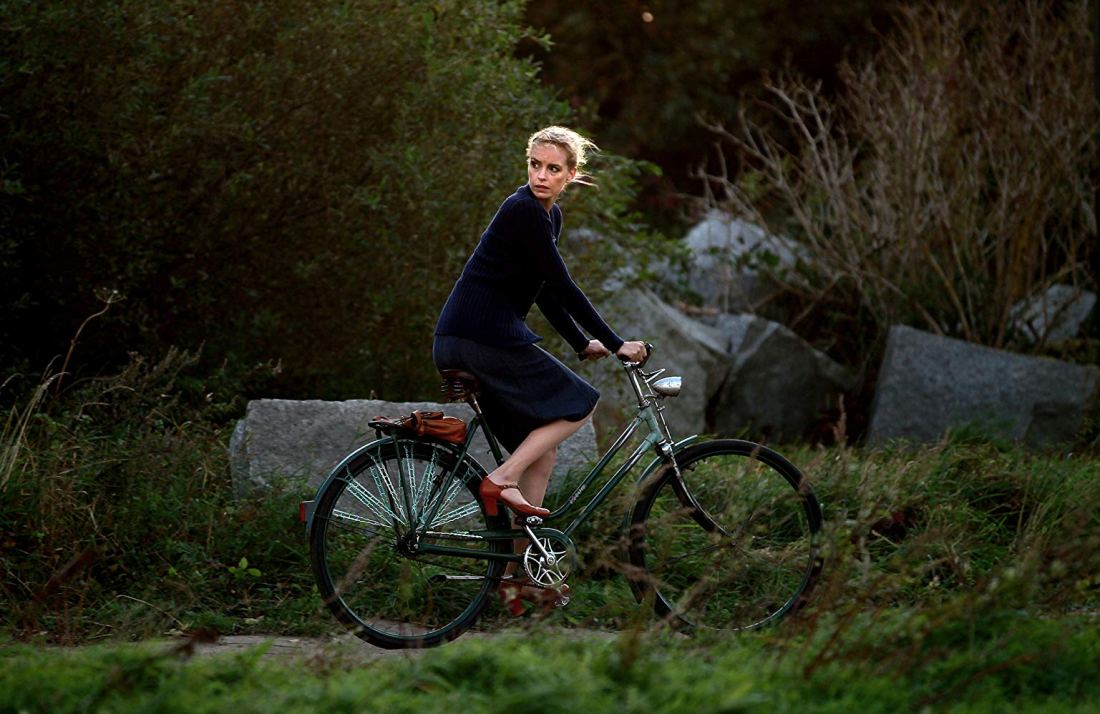 Striking a balance between the oppression of The Lives of Others and the lightheartedness of Sun Alley, Barbara is the story of a female doctor in East Germany who is planning to leave the country. The problem is there’s a Stasi agent on her tail who knows what she’s up to. Directed by Christian Petzold and starring his favorite actress, Nina Hoss. All the films these two made together are worth seeing. Although Christian Petzold is a West German, his film has a more nuanced look at East Germany than those of other West German filmmakers.
Available for streaming on Kanopy 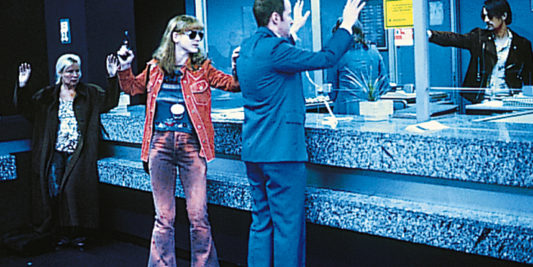 Not so much about life in East Germany as the life of one member of the Red Army Faction after she escapes to the GDR. Directed by Volker Schlöndorff, it’s a clever film about the differences between East and West, and the realities of both. Another grim one that’s obviously made by a West German.
Available on DVD 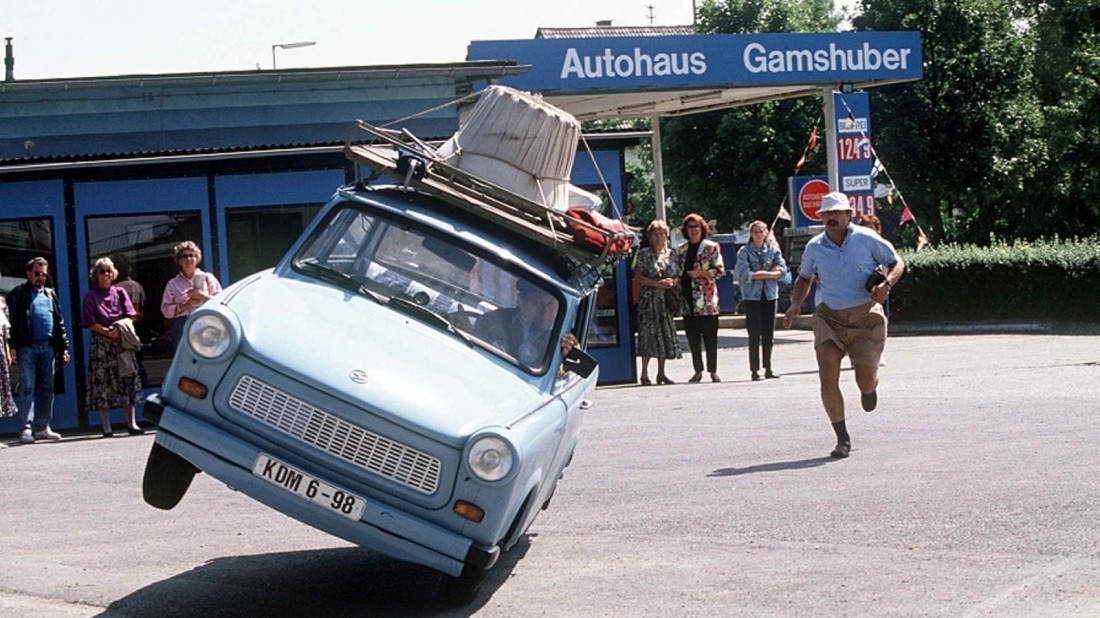 The film that singlehandedly started the Ostalgie craze of the 1990s, Go, Trabi, Go tells the story of an East German family who decides to drive to Italy in their Trabant. It’s filled with “Trabi” jokes but also a grudging respect for East Germany’s “little cardboard car.” Made by an East German who knows his subject. I don’t know if Go, Trabi, Go is commercially available with English subtitles, but you can find it on YouTube with them. The quality leaves something to be desired, but there’s a better copy available without subtitles. If you know how, you can download the better copy and the subtitles srt file, then marry them with the DVD burning program of your choice or watch the movie using an app such as VLC Media Player. See my article on Subtitling for more information on this process.

So that’s it. Let me know what you think. There are other films worth mentioning, such as Kleinruppin forever, Berlin is in Germany, and Beloved Berlin Wall, but they are not currently available with English subtitles.

1. Florian Henckel von Donnersmarck takes things a step further with his next movie Never Look Away. This time he postulates an SS doctor hiding his identity in East Germany after the war. If you needed any more proof that von Donnersmarck was a West German, this is it. This movie is based on Gerhard Richter’s life. In reality, the former SS doctor was actually Gerhard Richter’s father-in-law and lived, of course, in West Germany. Remember that many of the higher-ups in East Germany had spent most of WWII imprisoned or exiled for their communist beliefs. They were far less likely to turn a blind eye to former Nazis than the FRG. Western audiences loved this film. Gerhard Richter wasn’t too crazy about it.