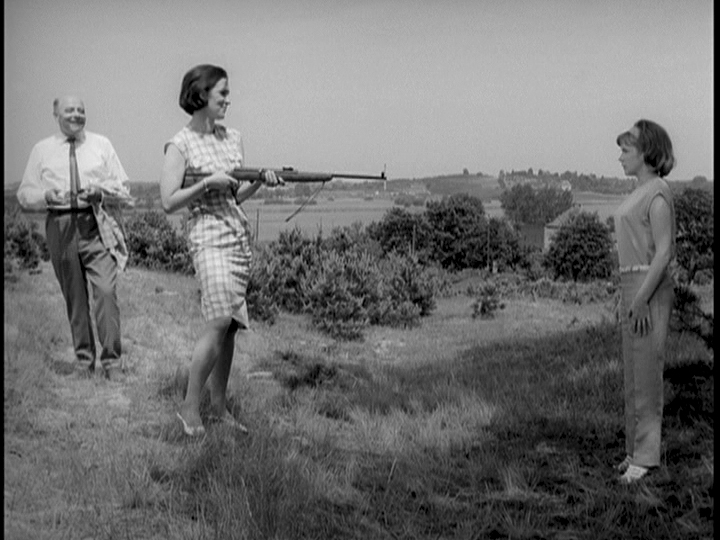 A few years stand out in East German history. 1961, when the wall was built, and 1989, when the wall fell, are the most obvious examples, but coming in a close third is 1965. This was year of the 11th Plenum of the Socialist Unity Party (Sozialistische Einheitspartei Deutschlands or SED), East Germany’s ruling party. What had started as an economic summit, suddenly turned into a cultural purge, relegating some of the best films that DEFA had to offer to the vaults, and pushing some filmmakers and writers away from their chosen professions.

After the wall went up, East Germany was faced with a dilemma. The economy was stagnating, the Five Year Plan model wasn’t working, and the West was making political hay of it. General Secretary Walter Ulbricht decided to follow Russian leader Nikita Khrushchev’s lead and move the GDR away from the centralized communism of Stalin to a more localized model. Starting in 1963, Ulbricht, economic advisor Wolfgang Berger, and Planning Commissioner Erich Apel, came up with the New Economic System (initially dubbed Neuen Ökonomischen System der Planung und Leitung (NÖSPL) , but later shortened to Neues Ökonomisches System (NÖS)). It was a good plan, and history shows that it might have worked, but Ulbricht didn’t count on the conservative groundswell that was rising in the upper echelons of the USSR. Some Russian politicians—particularly the head of the Supreme Soviet, Leonid Brezhnev—felt that Khrushchev was moving their country away from the government’s core principles. While he was on vacation in 1964, Brezhnev made his move and Khrushchev returned to Russia to find himself out of a job. This left Ulbricht in a sticky position. He had hitched his star to Khrushchev’s, but suddenly that star had fallen from the heavens. The NÖS was successful, but it rubbed a lot of people at the top the wrong way, and the new powers in Russia didn’t like it at all.

By the time the 11th Plenum was scheduled to take place, it was clear to almost everyone that the NÖS was a non-starter. Less than two weeks before he was scheduled to present his work on the NÖS at the 11th Plenum, Erich Apel, one of the plan’s chief architects, committed suicide. Suddenly the NÖS wasn’t just disliked, it was too hot to handle. No one wanted to bring it up at the meeting, so—like U.S. politicians, when they are afraid of addressing real issues—they turned instead to the entertainment industry. Films were getting too liberal, they complained. Why, some were downright anti-socialist.

Twelve films were banned at the 11th Plenum, none was more notorious than The Rabbit is Me (Das Kaninchen bin ich), directed by Kurt Maetzig. The Rabbit is Me is based on Maria Morzeck oder Das Kaninchen bin ich, a book by Manfred Bieler that was already banned when Maetzig decided to make the movie. It is a first person account of Maria, a young woman whose brother is sent to prison for breaking the GDR civil agitation laws (staatsgefährdender Hetze). Maria is never entirely clear as to what her brother did. Quite coincidentally, a man she meets at the opera turns out to be Paul Deiter, the judge who sentenced her brother. While pursuing the release of her brother, she falls in love with the judge (who is married) and soon becomes his mistress. Through her eyes we see that the judge is as bourgeois and status-oriented as his western counterparts. Worse, he is so dogmatic in his approach to the law that he can no longer tell the difference between right and wrong. Bieler had intended his book to be a warning to the GDR, but the warning came too late. The book was promptly banned. It is one of life’s mysteries how the film ever got made at all.

In the film, Maria is played by the beautiful Angelika Waller in her first starring role. She brings just the right mixture of innocence and sexuality to the part. Paul Deiter is played by Alfred Müller, who had already made a splash in For Eyes Only—a popular East German spy thriller. Although other people come in and out of the story, everything revolves around these two. Since the story is told from the narrated perspective of Maria, Ms. Waller does most of the heavy lifting here, but she is helped admirably by cinematographer Erich Gusko’s moody gray camerawork  and director Kurt Maetzig nearly flawless mise en scène.

The Rabbit is Me opened in October, two months before the SED’s general assembly, but it was quickly pulled from theaters. Reportedly the government sent people to these screenings to boo and hiss and give the appearance that the audience was displeased with the film. It was held up as a prime example of what the conservatives felt was wrong with modern cinema. For this reason, films banned for their socio-political content were referred to derisively as “Rabbit Films” (Kanninchenfilme).* The film was shelved until 1990, when it, along with several other banned films, was screened in Berlin.

Although The Rabbit is Me was the flash-point for the cultural purge, its director, Kurt Maetzig, managed to avoid the penalties that some of his comrades experienced. This was partly due to his public “apology,” in which he accepted the blame for the sins of The Rabbit is Me without ever actually saying that he shouldn’t have made the movie; but it was also, no doubt, due to his status as a filmmaker. He was, after all, the man who made the Ernst Thälmann films, which were by then being shown regularly in classrooms all over the country (Ernst Thälmann, the leader of the German Communist party during the pre-WWII years, was a folk hero in East Germany akin to George Washington here. He was surreptitiously executed by Hitler who claimed that allied bombers were responsible for his death). Their participation in The Rabbit is Me apparently had no ill effects on the rest of the cast either. They all went on to make many more movies in the east, with the exception of Manfred Bieler, the author of the screenplay and the original book. Bieler moved to Czechoslovakia shortly after the SED’s decision, and then, after the Warsaw Pact invasion, fled to West Germany.

4 thoughts on “The Rabbit is Me”