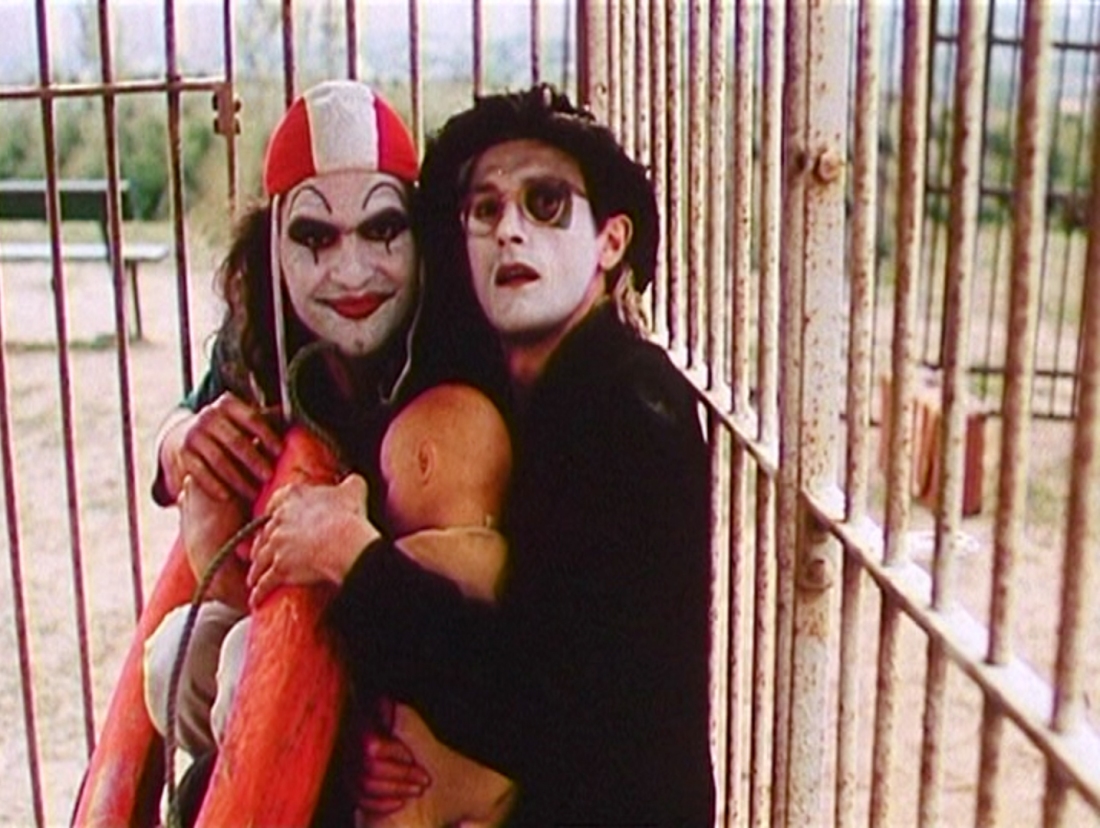 Identifying the beginning of the East German movie industry is easy. It began in 1946 with The Murderers Are  Among Us. That film—started before DEFA even existed—was the first of a long line of excellent films to come out of the GDR before the whole system came crashing down under the weight of its own ossification and blinkered leadership. Pinpointing the end of East German Cinema is a little more complicated. Several films were already “in the can,” so to speak, when the wall came down. Production at DEFA continued after East Germany no longer existed, right up until 1992, when the company was dismantled in the name of capitalism. Novalis – Die blaue Blume is credited with being the last film put out under the old DEFA badge, but philosophically and thematically, if not literally, the last film to come out of East Germany was Latest from the Da-Da-R (Letztes aus der DaDaeR), a satirical look at life in East Germany at the end of its forty-year existence.

The film follows the exploits of two clowns (literally) during the dying days of the GDR, from their release from prison, through a garbage dump, down a river to hell, through the surrealistic landscape of post-Mauerfall East Germany, and into a slaughterhouse, with scenes as shocking as those in Georges Franju’s Le sang des bêtes. The story is not told as a continuous journey, but as a series of skits and musical numbers, each a little darker than the last. Some of the scenes look improvised. The scene at the bonfire protest seems as spontaneous as Haskell Wexler’s footage of the police riots in Medium Cool. There is an improvisational quality to the routines, and certain aspects—such as the use of objects to represent other things—betray the theatrical roots of the routines. The criticism is sharp, but even-handed, attacking the stodgy leadership of East Germany and the callow behavior of West Germans alike. It is not hyperbole to say that one year earlier this film could not have been made. I doubt that it could have been made one year later either, after western interests took over the film studio and profit became the main motivating factor. This film exists as a record of an extremely specific time in German cinema history. 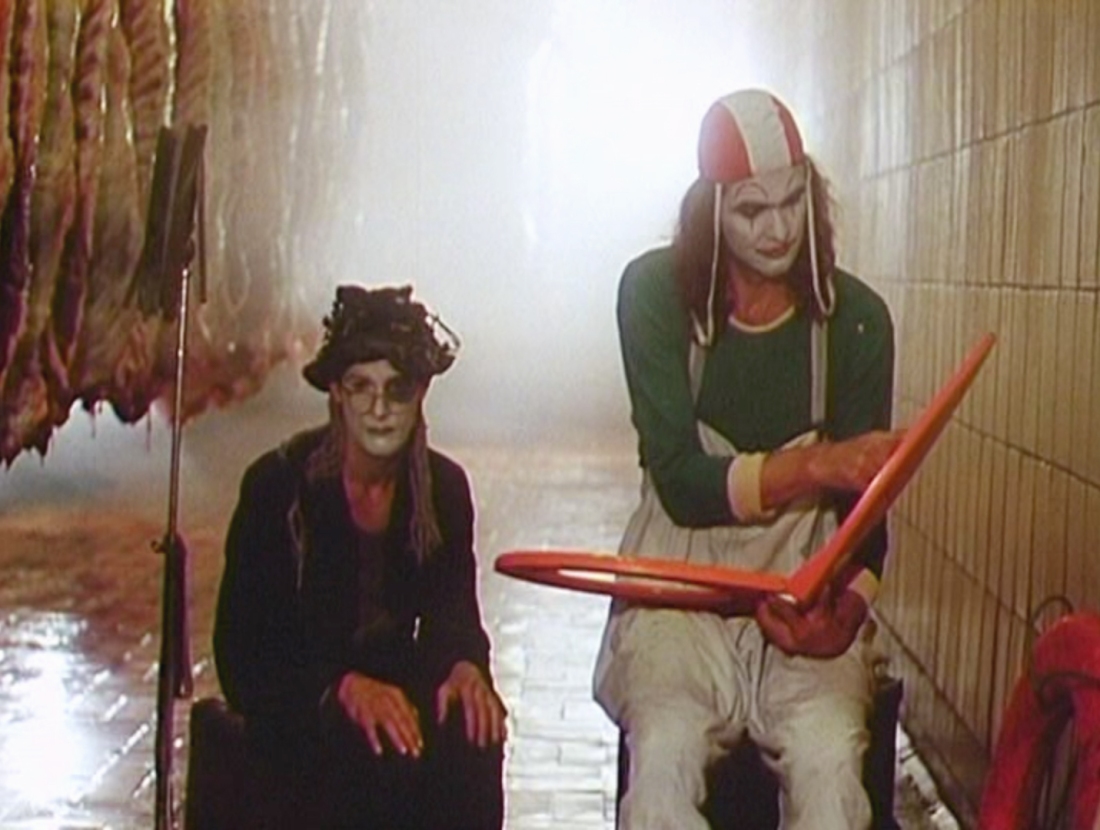 Filming began after the wall came down, and was made by the newly formed artists’ work group (künstlerische Arbeitsgruppe), “DaDaeR.” The name is a play on “DDR” (the abbreviation for Deutsche Demokratische Republik) and “Dada”. In German, the “Letztes” in the film’s title can be translated as “the last” or “the latest”, giving the title a double punch. The film is filled with such witticisms, several of which are specifically intended for East German audiences only. The mailman with the broken bicycle is Gustav-Adolf Schur, an East German bicyclist as well known in the GDR as Lance Armstrong is in the United States; and the garbageman was played by the popular East German writer Christoph Hein. Much of the humor in the film cannot be fully appreciated by anyone who didn’t live in the GDR, but the film has enough other things going on to keep the rest of us entertained.

Latest from the Da-Da-R stars Steffen Mensching and Hans-Eckardt Wenzel. They also wrote the screenplay. It was the final product of comedy reviews they performed in the eighties, starting with Neues aus der DaDaer (News—or newest—from the Da-Da-R) and followed by Altes aus der DaDaer (Oldest—or Old News—from the Da-Da-R). Mensching and Wenzel joined forces in 1980, when Steffen Mensching joined Wenzel’s theater group, Karls Enkel. Wenzel and Mensching developed the clown characters, Meh and Weh—abbreviations of their last names, but also puns on indifference and woe.

In 1989, Mensching and Wenzel helped draft the “Resolution of Rock Musicians and Songwriters” (Resolution von Rockmusikern und Liedermachern), a protest letter sent to the SED warning that the government’s indifference to the needs of the people was in danger of causing the country’s collapse. The SED’s reaction to the resolution was swift and stupid. Tour dates were cancelled and prohibitions were placed on the signatories. That was September 18, 1989. A little over a year later, the GDR would cease to exist.

After the wall fell, Mr. Mensching and Mr. Wenzel continued to perform together from time to time, but each went on to do other things. Mr. Mensching occasionally performs and directs theater productions, most recently working with the Theater Rudolstadt. Mr. Wenzel continues to perform, primarily as a singer-songwriter (and the songs in Latest from the Da-Da-R are very good). He was invited by Woody Guthrie’s daughter Nora to create German versions of her father’s songs, resulting in his 2003 album Ticky Tock, on which Mr. Wenzel sings Guthrie’s songs in German and English. 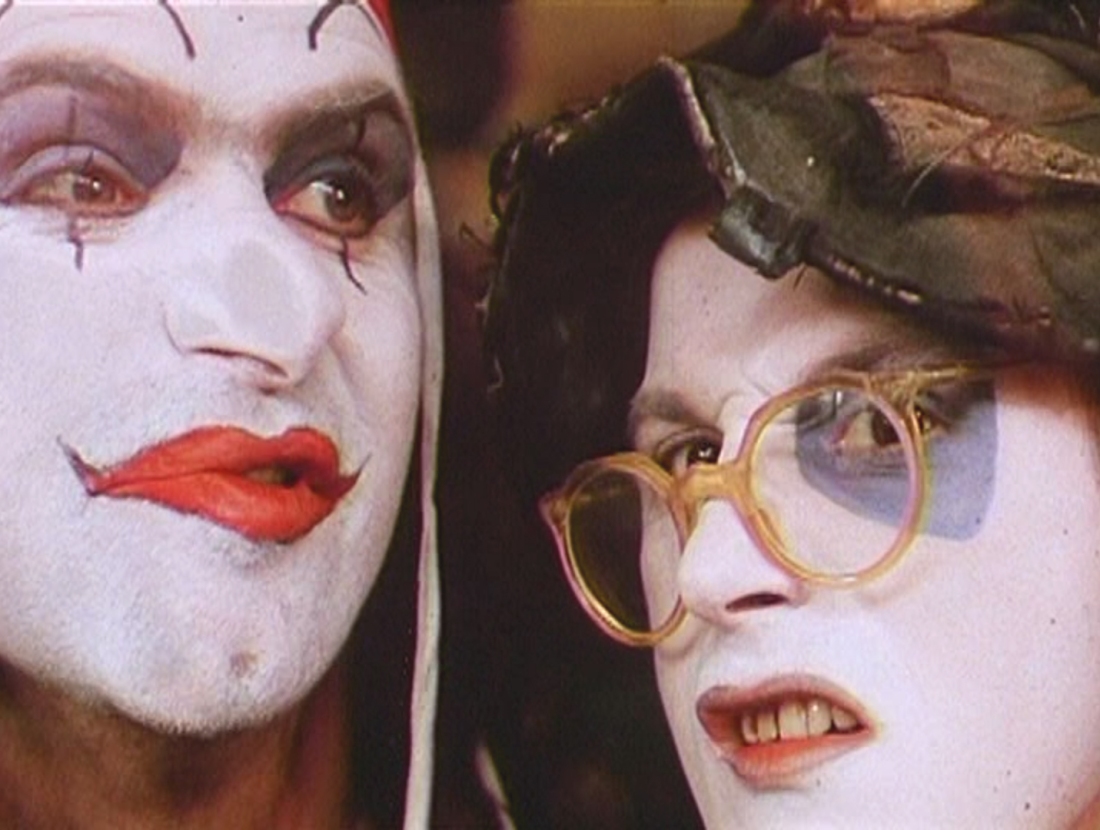 Latest from the Da-Da-R was directed by Jörg Foth. Mr. Foth was part of the “Nachwuchsgeneration” (next generation)—a group of young filmmakers who trained as filmmakers, only to find that opportunities to practice their craft were blocked by the clogged infrastructure that was endemic to East Germany in the eighties. Mr. Foth took a roundabout route to his eventually career as a director. He graduated from high school with a certificate as a cook, but then joined the Volksmarine as a radio operator. Upon leaving the Volksmarine, Mr. Foth started working as a volunteer at the East German television company, which eventually led to a diploma in film studies from the film school in Babelsberg.

He worked as as an assistant director on several films, including Blauvogel (Blue Bird), Die Verlobte (The Fiancee), and Die Kolonie (The Colony), eventually getting a chance to direct in 1984, with the children’s film Das Eismeer ruft (The Arctic Sea Calls).  In spite of good reviews, further jobs directing feature films were not forthcoming. He made a few more short films and documentaries, and co-directed the Vietnamese/East German joint production Dschungelzeit (Jungle Time), but it wasn’t until the wall fell that he was finally given a permanent position as a director at DEFA. Of course, “permanent” is a qualified term, even in the best of times, but during those tumultuous times, it meant less than a year.

Since the Wende, Mr. Foth has had very few opportunities to demonstrate his talent. He has worked on a few TV shows and made a few short films, but Latest from the Da Da R was his last feature film. 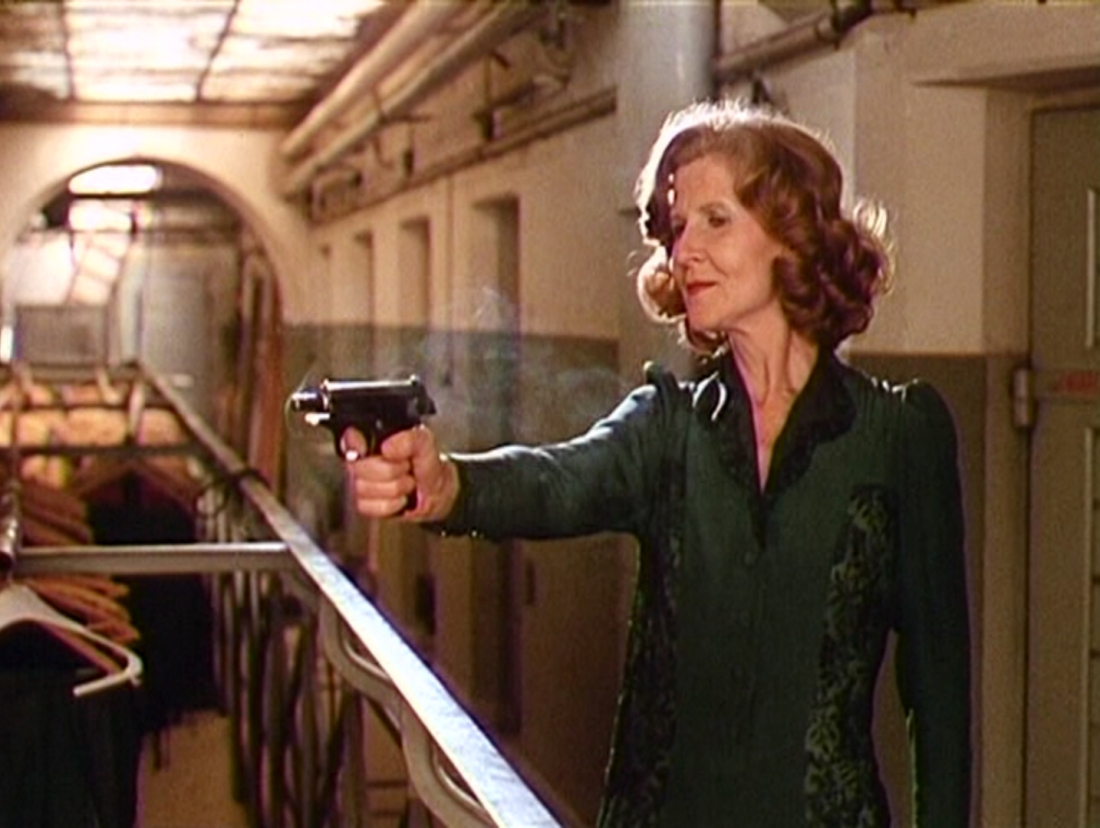 Playing Meh and Weh’s jailer—identified only as “She”—is Irm Hermann. Anyone familiar with the films of Rainer Werner Fassbinder will recognize her immediately. She appeared in most of his films, sometimes in small roles, and other times as one of the leads. She was a founding members of Fassbinder’s antiteater (anti-theater) and appeared in Fassbinder’s early short films as well as his early features. She was as much a muse to Fassbinder as Hannah Schygulla.  Like Schygulla, she parted ways with Fassbinder after Lili Marleen, but continued acting, appearing in dozens of films since then.

Director Foth could have had his pick from any number of excellent East German actresses to play this part. The fact that he chose a West German certainly is no accident. It addresses the feeling that—no matter what Honecker and friends would have one believe—it was the West Germans that were calling the shots. She is the one who lets them out of prison, and feeds them, and watches over them throughout, but she also the one keeping  them in prison. In one scene she is shown removing bullets from their shells. A reference to disarmament, certainly, but whose ammo is she dismantling?1

As you can no doubt tell, there is a lot going on in this film. It is impossible to catch it all in one viewing. To help with this, the DEFA Library has included essays and an interview with the director as PDF files on the American DVD. If, like me, you have an aversion to clowns and mimes, you may approach this film with some trepidation, but don’t let the white facepaint put you off. This is an exceptional film.

1. Perhaps a reader with better knowledge of such things than I can provide better information on this.

2 thoughts on “Latest from the Da-Da-R”